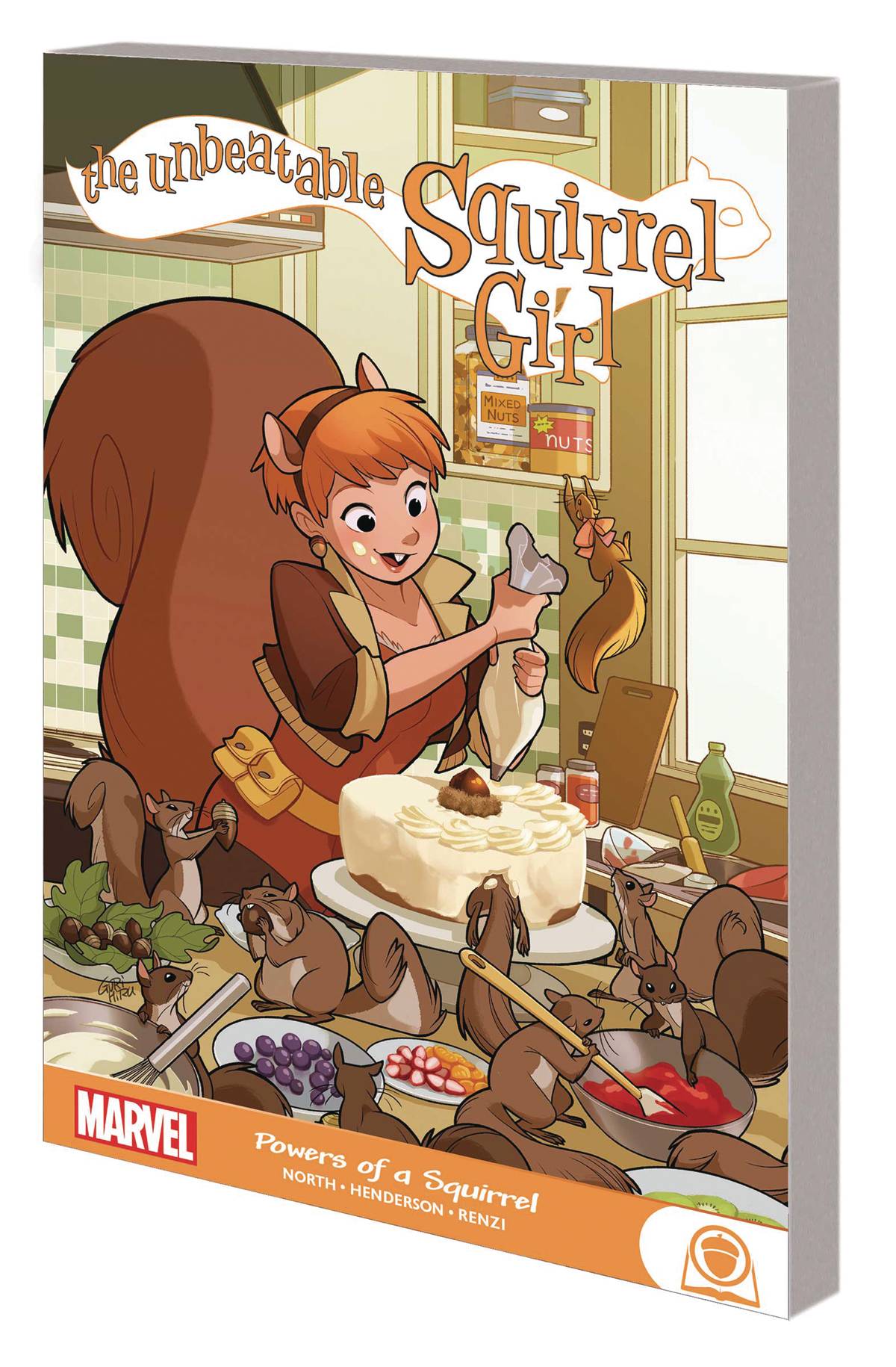 #
SEP191020
(W) Ryan North (A) Erica Henderson (CA) Gurihiru
Eating nuts. Kicking butts. No ifs, ands or buts. Thanos. Fin Fang Foom. Deadpool. They have all fallen to her squirrel-based might - all completely, indisputably in canon. Now the Sciuridae super hero is about to face her biggest challenge yet: majoring in computer science at Empire State University! Oh, and also Galactus. But that college thing is the really hard bit. Can the bright-eyed, bushy-tailed Doreen Green balance her studies with battling bad guys like Kraven the Hunter, Whiplash and - yes! - the Devourer of Worlds? And can she pull it all off without her new comp-sci friends seeing through her seemingly foolproof secret identity? With furry pal Tippy-Toe by her side and the best theme song in comics burrowing into your head, you're about to find out why you just can't beat Squirrel Girl! Collecting THE UNBEATABLE SQUIRREL GIRL (2015A) #1-8.
Ages 10 & Up
In Shops: Dec 18, 2019
SRP: $12.99