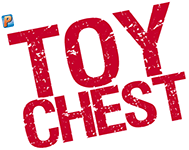 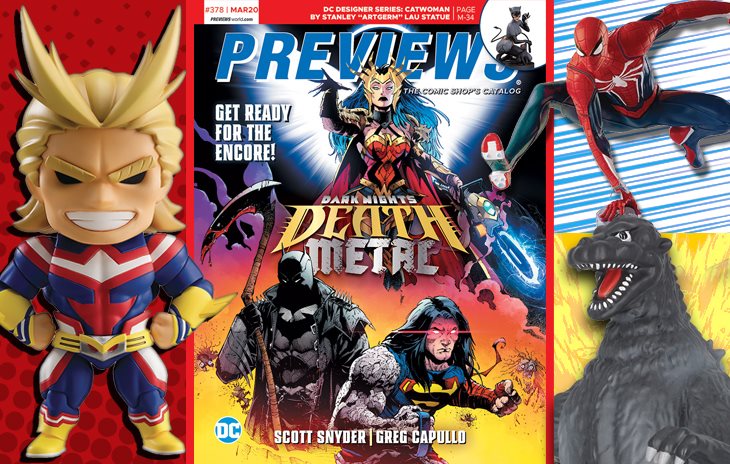 Sneak Peek Inside the March PREVIEWS Toychest Feb 23, 2020 The March PREVIEWS is on sale at your local comic shop this Wednesday, February 29th! Here's some of the Toys and Collectibles that you'll want to check out in the new catalog!
ToyChest

PREVIEWSworld ToyChest has your official release list of toys and other pop-culture merchandise on sale February 26th at your local comic shop!

Ready for sci-fi reboots? Hiya Toys is offering three new PREVIEWS Exclusive figures including a new Predator variant from 2010's Predators and two new Robocop figures from the Robocop 2014 reboot. Check them out inside!

Need Some Nendoroids? See the Selection from the February PREVIEWS
Feb 18, 2020

For years, Frank Castle has been fighting his one-man war as the Punisher, but when he’s offered the tools to take his fight global, Frank Castle dons the high-tech armor of War Machine! Check inside for a closer look at this new PREVIEWS Exclusive Pop!

Mezco Flips a Coin and Lands on Two-Face for Their Next One:12 Collective Action Figure
Feb 13, 2020

The One:12 Collective presents Two-Face, the alter ego and criminal mastermind persona of Gotham City's fallen District Attorney, Harvey Dent. Featuring over 28 points of articulation and his classic tailored two-toned suit, Two-Face is ready to take back the streets of Gotham!

Thanos Takes Over as a New One:12 Collective Action Figure from Mezco
Feb 10, 2020

The One:12 Collective Thanos features an 8-inch tall body with over 32 points of articulation and is outfitted in a battle suit with reinforced armor and light-up infinity gauntlet! See more inside!

With Toy Talk, we hope to introduce you to the insiders, artisans, and creators from across the toy industry! This month, we talk with The Toy Association's Senior Director of Strategic Communications Adrienne Appell about Toy Fair.

The groundhog has spoken and he predicts tons of new toys and collectibles are coming from Diamond Select! See the new DST items in the February PREVIEWS featuring collectibles based on Star Wars, DC Comics, Ghostbusters, Marvel Comics, and more! 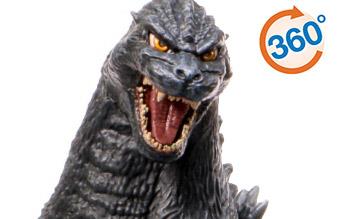 Godzilla in his 1991 appearance, from Godzilla vs. King Ghidorah, and measures approximately 10 inches tall in this new Gallery PVC Figure!