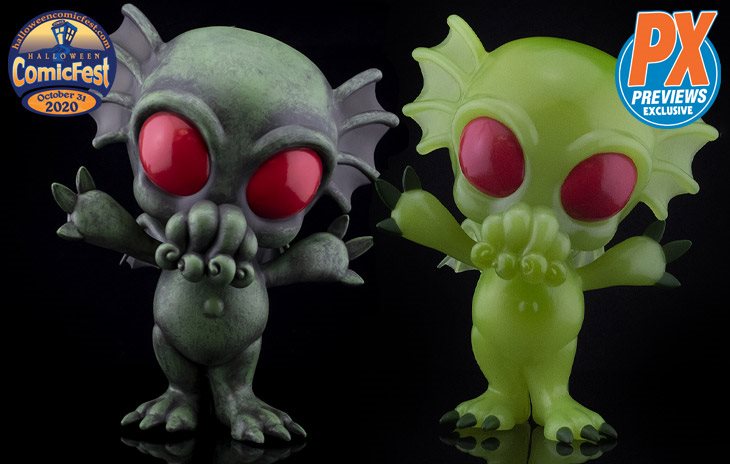 Previously only available through Funimation, these Kyo and Yuki figures from the Fruits Basket anime are now available to preorder exclusively at your local comic shop.

Busting out from the classic colored comics by Eastman and Laird come the Teenage Mutant Ninja Turtles Elite Series action figures from Playmates outfitted in their original red bandana as PREVIEWS Exclusives!

Chill with The Child from the Mandalorian via this PREVIEWS Exclusive Geeki Tiki Mug
Jul 24, 2020

Travel to a tiki bar far, far away with this PREVIEWS Exclusive Geeki Tiki mug of The Child holding a frog from the Mandalorian series on Disney+! Holds up to 16 ounces of your favorite beverage!

The latest round of PREVIEWS Exclusive 4-1/2 inch figures from Hiya Toys brings four classic movie monsters down to detailed size for collectors!

Juzo Inui of the popular series No Guns Life has been carefully recreated as a 1/12 scale action figure from the 1000toys (ICONS) brand!

At seven tall and with over 25 points of articulation, Mezco's PREVIEWS Exclusive King Kong Black & White King Kong of Skull Island is the perfect addition to any classic monster collection. See the photos here!

The Phoenix Rebirth Bishoujo Statue is a PREVIEWS Exclusive
May 11, 2020

Gurren Lagann from the Anime masterpiece Tengen Toppa Gurren Lagann as the first release in the PLAIOBOT model kit series!

Mega Man X Suits Up in His Falcon Armor for a New PREVIEWS Exclusive Action Figure from 1000 Toys
Mar 24, 2020

The Megaman X Falcon Armor is back as a new PREVIEWS Exclusive action figure from the Sentinel RIOBOT series by 1000 Toys!

The popular Cobra agent, Baroness, rejoins the Bishoujo Statue lineup in her costume for the elite Crimson Strike Team in this stunning PREVIEWS Exclusive figure.

For years, Frank Castle has been fighting his one-man war as the Punisher, but when he’s offered the tools to take his fight global, Frank Castle dons the high-tech armor of War Machine! Check inside for a closer look at this new PREVIEWS Exclusive Pop! 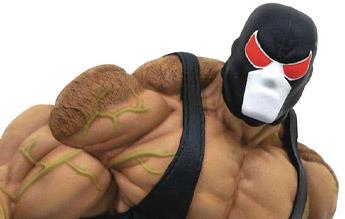