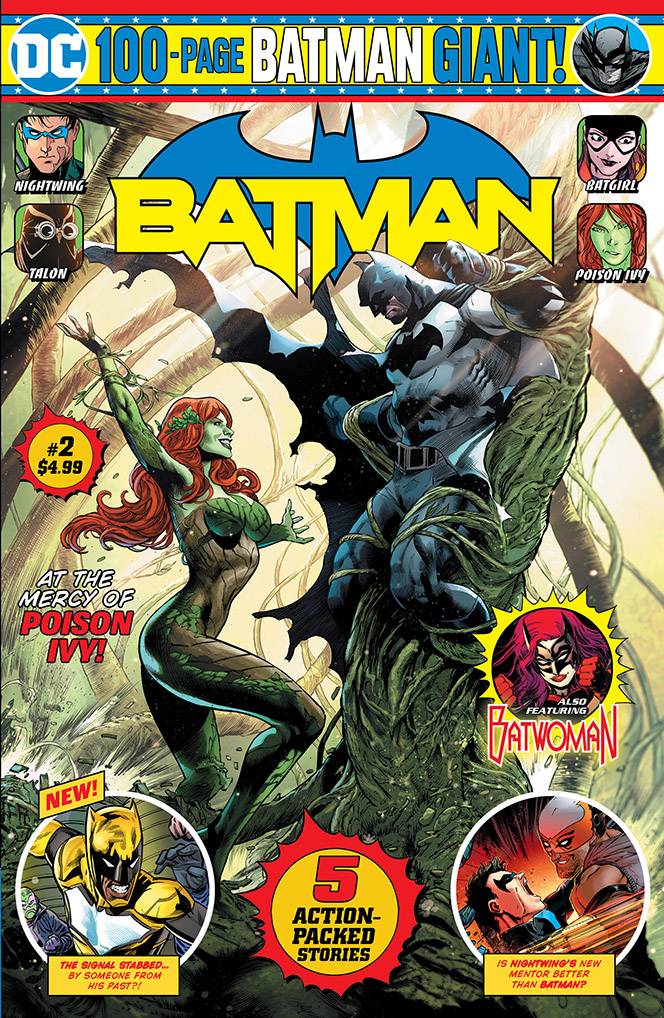 #
SEP190447
(W) Andrea Shea, Scott Snyder, Greg Rucka, Tim Seeley (A) Ryan Benjamin, Richard Friend, Neil Edwards, Scott Hanna, Greg Capullo, Jonathan Glapion, J. H. Williams, Javi Fernandez
This issue includes two new stories:
"Law of the Jungle," a 16-page story written by Michael Gray with art by Ryan Benjamin and Richard Friend
Batman is hot on the trail of a series of murders in Brazil, where government officials and various captains of industry have been mysteriously murdered by their own bodyguards. As the Dark Knight starts assembling the pieces of the puzzle, he notices the thing all these victims have in common is a connection to the logging industry, a penchant for bribes...and Poison Ivy!
"Lifelines," an eight-page story written by Andrea Shea with art by Neil Edwards and Scott Hanna
Duke Thomas, a.k.a. the Signal, trained under Batman to become Gotham City's daytime protector. But his responsibilities as a superhero have vastly outweighed his responsibilities at home, and Duke becomes painfully aware of this fact when he learns the member of the Xiqu gang who stabbed him is none other than his childhood friend Danny Wong.

Plus, these reprint tales: