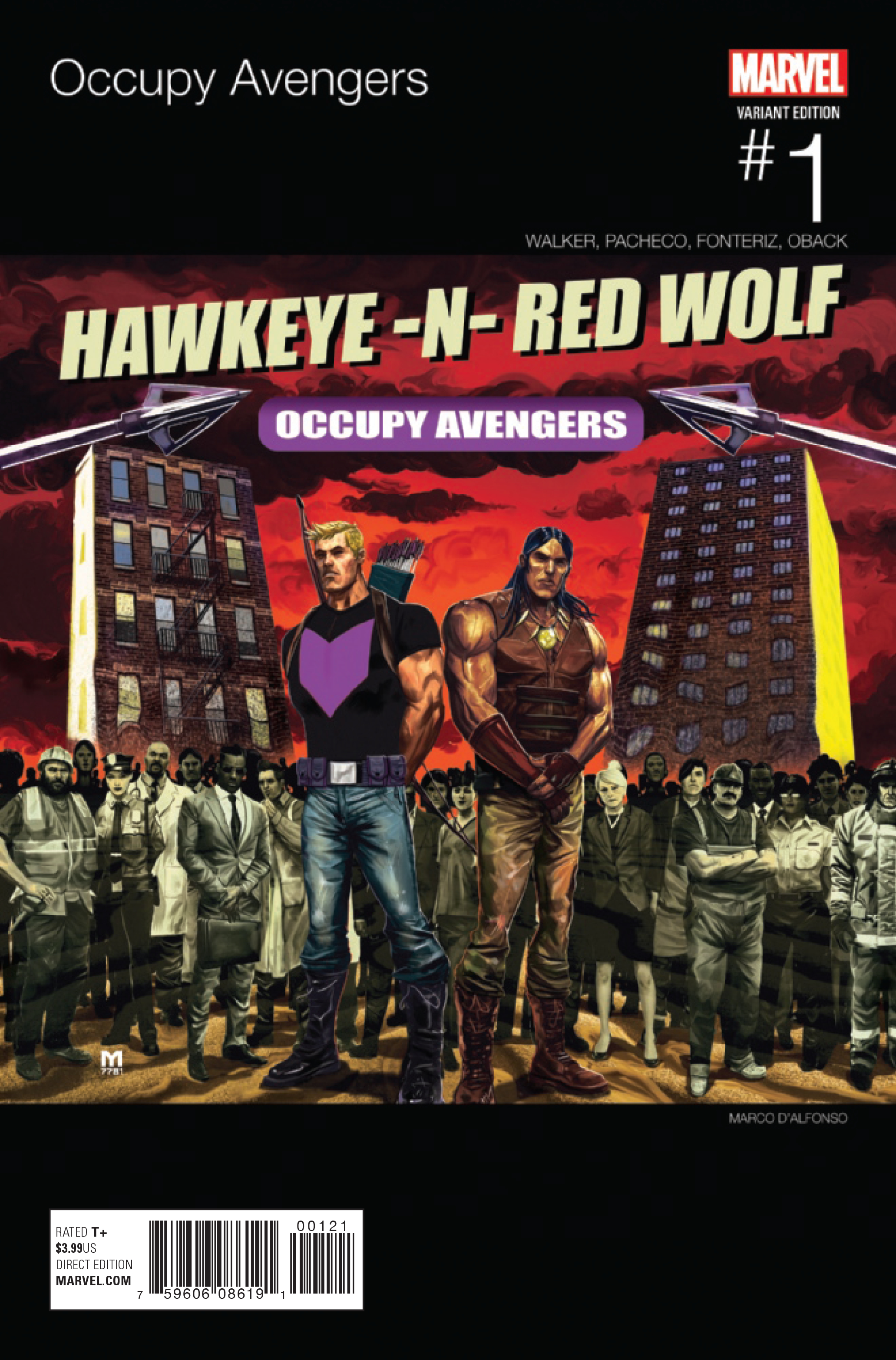 SEP160934
(W) David Walker (A) Carlos Pacheco (CA) Marco D'Alfonso
Super heroes - they're a privileged class. Doing what they want, when they want and suffering no consequences. They have no regard for the ordinary people who are left behind to suffer in their wake. Who will stand up for the little guy? There is a man. If you can find him, and if he believes in your story, he and his friends will put things right. Some call them outlaws, rebels, Robin Hoods. To others, they are heroes. No powers to speak of - just skills, smarts and a burning drive to do the right thing. His name is Hawkeye. Occupy Avengers: It's time to "Take Back Justice"!
Rated T+
In Shops: Nov 02, 2016
SRP: $3.99
View All Items In This Series