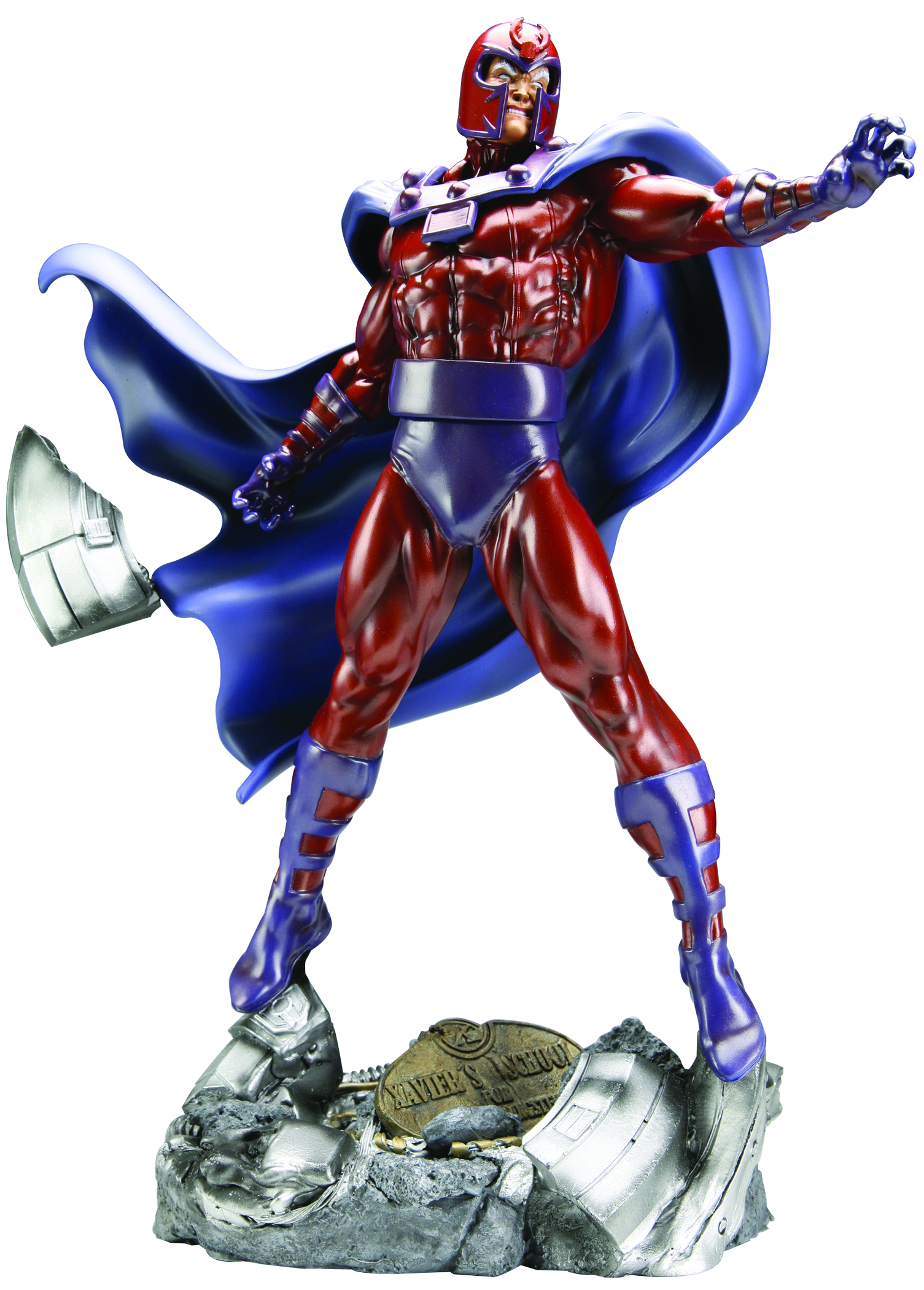 SEP111715
A KOTOBUKIYA Japanese import!  In 1963 the X-Men debuted, mutants trying to make the world a better place for both them and humans.  Such powerful and idealistic heroes needed a suitably strong villain, and so in X-Men #1 appeared one of Stan Lee and Jack Kirby's finest creations, MAGNETO!  A master of magnetism with control over metal, force fields, and flight powers, Max Eisenhardt had worked with Charles Xavier until their philosophical differences became too great.  Magneto would then go on to plague the X-Men as a villain, although they would occasionally team up for the greater good.  One of the most popular comic book characters and villains over the last 40 years, Magneto finally gets his due with an outstanding Fine Art Statue.
Always in control of himself and his surroundings, the mighty Magneto hovers over the battlefield and dares anyone to approach him.  Recreating one of his most iconic poses from the comic books, the mutant villain stands with his legs apart and one hand down at his side while the other points forward.  As imposing physically as he is mentally, Magneto's powerful physique is intricately sculpted, and the tension of his clutching hands speaks volumes.  He wears his traditional costume, a full body suit broken up into boots, pants, trunks, shirt with piping, gloves, and a long rippling cape attached with a studded collar.  All of these components are faithfully recreated with fantastic detail both in sculpt and paint, bringing out the full red and purple glory of Magneto.  Best of all, you can choose to display the mutant with either of two included interchangeable heads, with or without his trademark helmet!
Sculpted by Erick Sosa, Magneto towers 14 inches tall (1/6th scale) as he hovers above a field of debris from Charles Xavier's School for Gifted Youngsters.  Whether he's menacing your X-Men or leading them, Magneto will be a stand out in your Fine Art Statue collection!