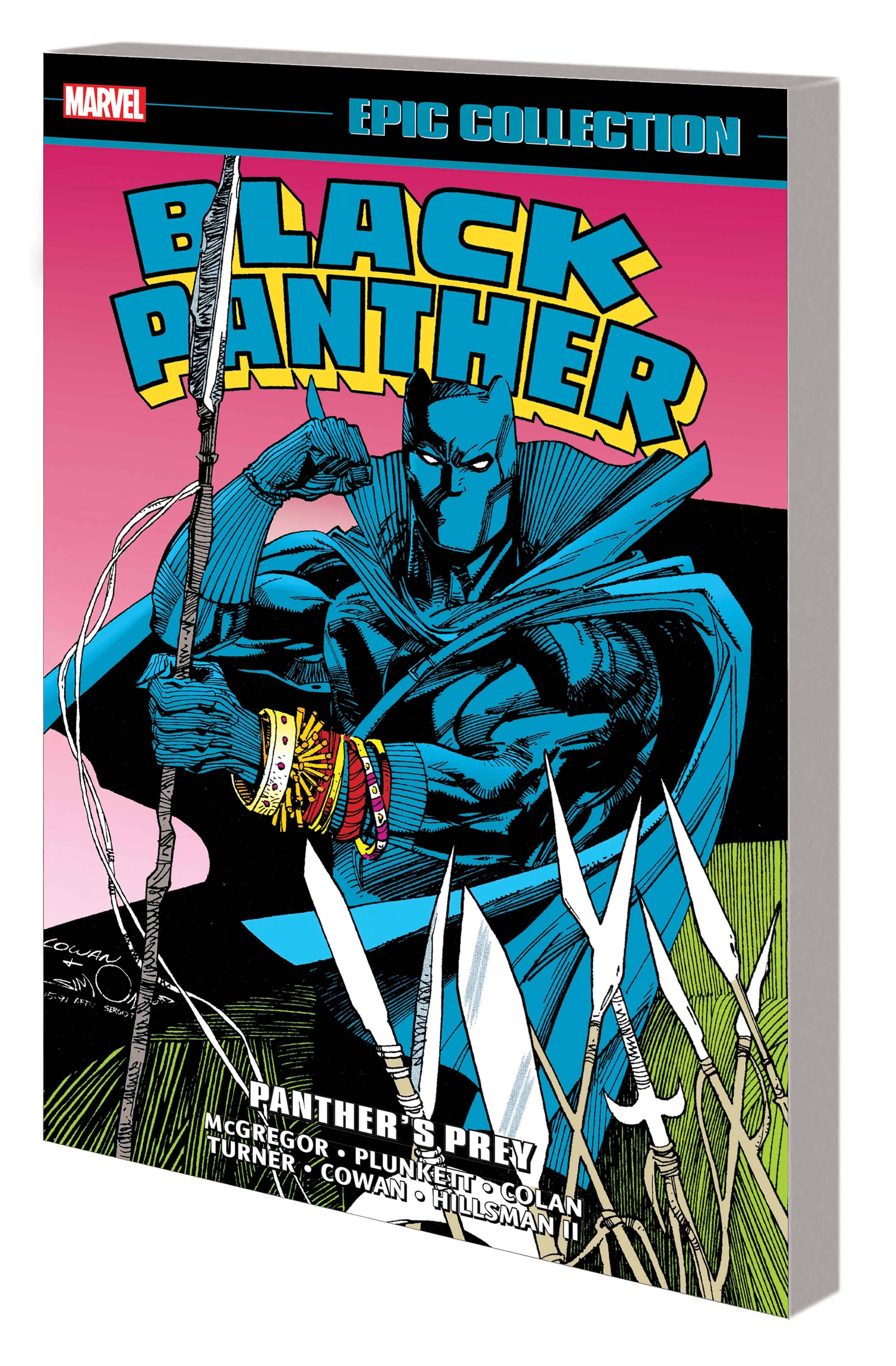 #
OCT200716
(W) Don McGregor, More (A) Dwayne Turner, Gene Colan, More (CA) Denys Cowan
The saga continues! From Don McGregor, the world-building writer of "Panther's Rage," come the second and third chapters in his epic Wakandan trilogy! In "Panther's Quest," T'Challa searches for his long-lost mother - and it will lead him on a brutal hunt like no other, set against the violence of South African apartheid and illustrated by the legendary Gene Colan! Then, in "Panther's Prey," the painted art of Dwayne Turner brings the action back to Wakanda - where the winged menace called Solomon Prey swears vengeance on the king! Plus: The Panther prowls in a quintet of rarely seen tales! Collecting BLACK PANTHER: PANTHER'S PREY #1-4 and material from MARVEL COMICS PRESENTS (1988) #13-37 and #148, SOLO AVENGERS #19, MARVEL SUPER HEROES (1990) #1, MARVEL FANFARE (1982) #60 and FANTASTIC FOUR UNLIMITED #1.
Parental Advisory
In Shops: Mar 10, 2021
SRP: $39.99
ORDER WISH LIST