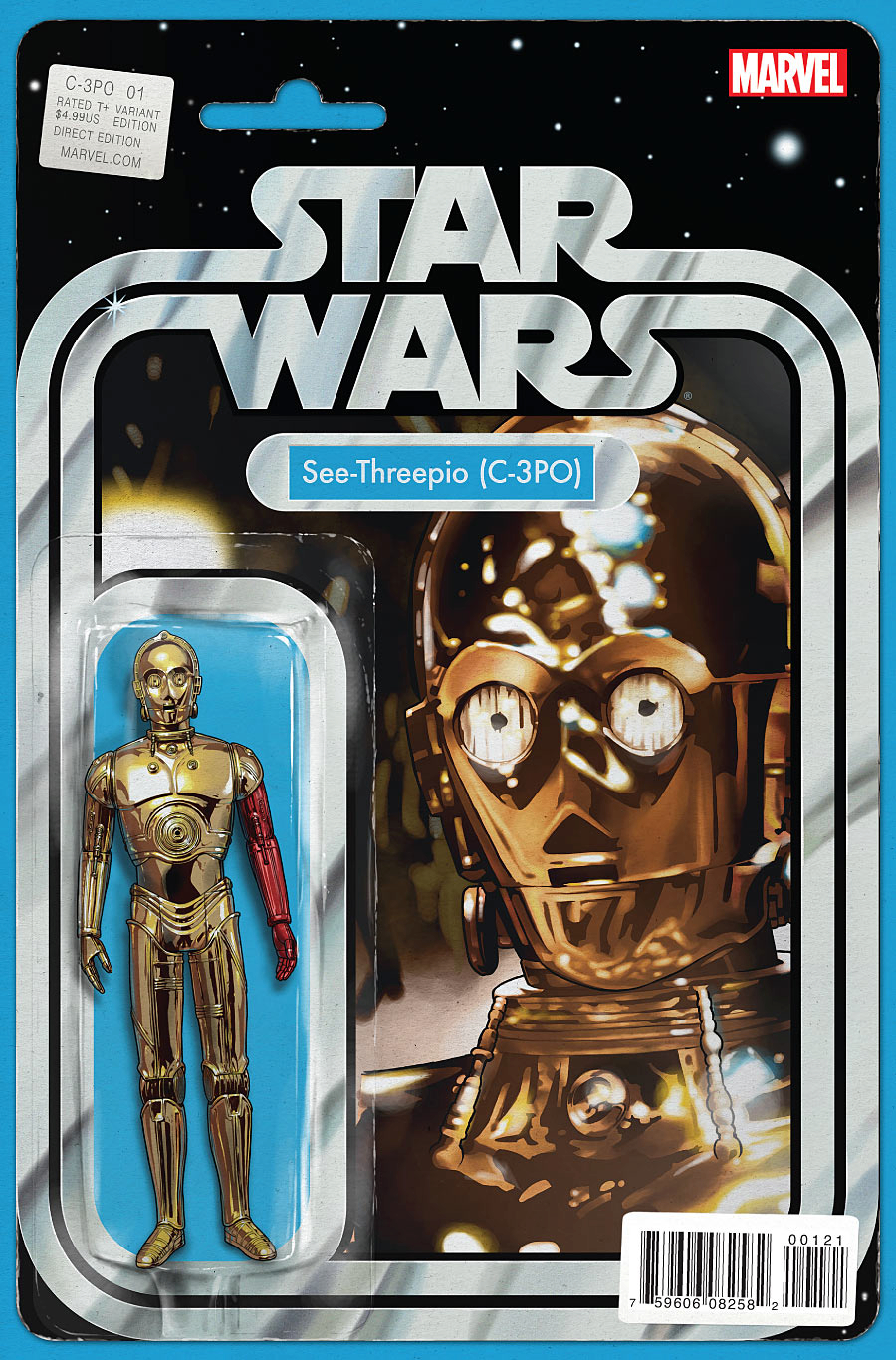 OCT150934
(W) James Robinson (A) Tony Harris (CA) John Tyler Christopher
• Follow everyone's favorite protocol droid as he Journeys to Star Wars: The Force Awakens, in this special one-shot leading up to his appearance in the film! Just how did Threepio get a red arm, anyway? Find out here as the blockbuster creative team of James Robinson and Tony Harris of DC's Starman reunite for the first time in nearly two decades!
•  You may be fluent in over six million forms of communication...but this book is a must have in any language!
One-Shot/Rated T+
In Shops: Apr 13, 2016
SRP: $4.99