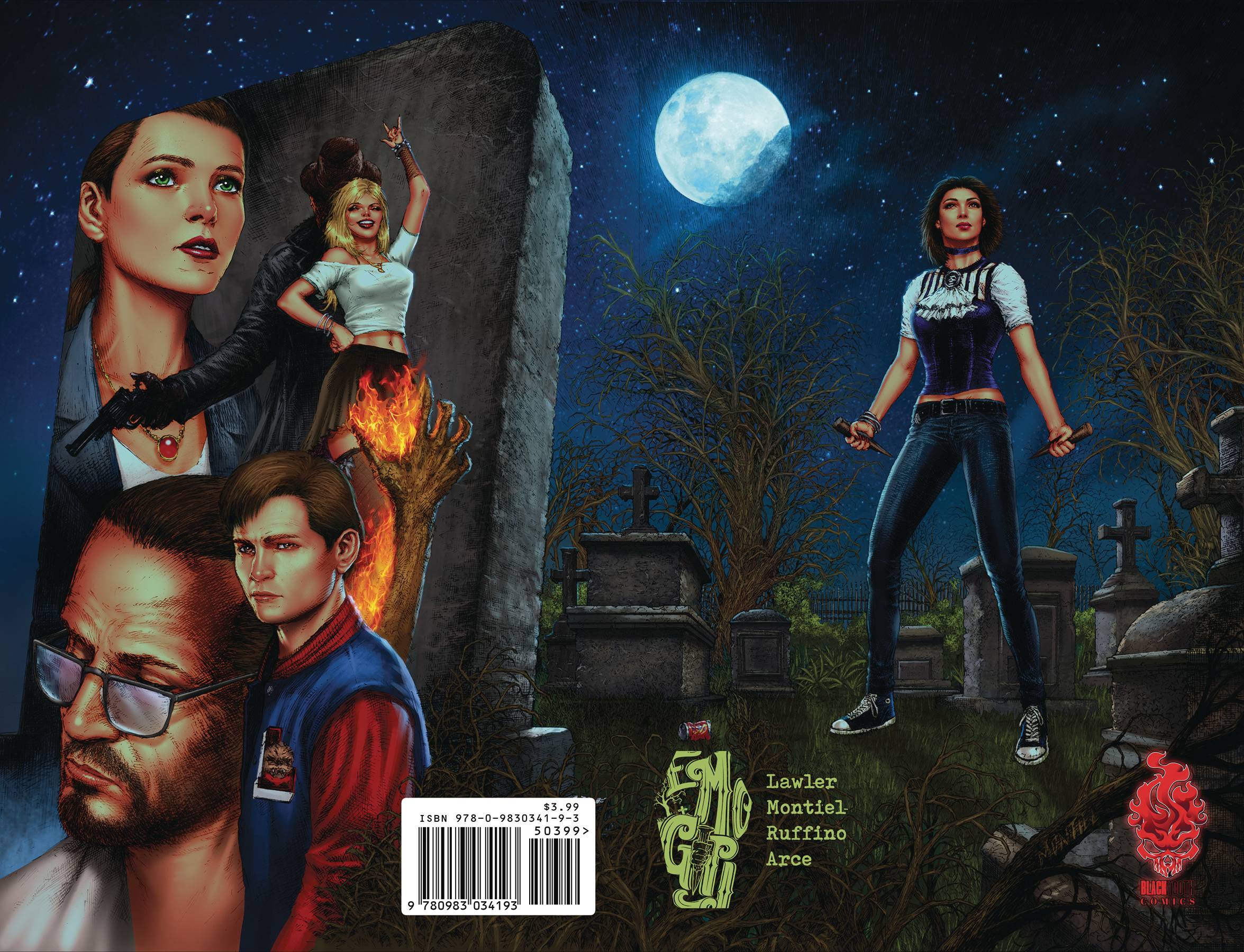 #
NOV211235
(W) Julian Lawler III (A/CA) Martin Montiel
Emo Girl is a Noir-ish tale with an angry, moody, bipolar, with a take no prisoners attitude, troubled teenager at the center of its universe. Emo Girl, aka Jemini Moon, is in state custody.  Her father is in jail, accused of hunting down and killing a homeless man. The pair claim it was not a homeless man, but in fact, a vampire.  Turns out the self-professed vampire hunters have been doing it for years. No one knows who the father/daughter duo truly are or where the pair come from. The state shrink is asking her to claim coercion and she could escape the justice system fairly unscathed. But she refuses and sticks to her story. As Emo Girl goes on the hunt, can she survive high school?