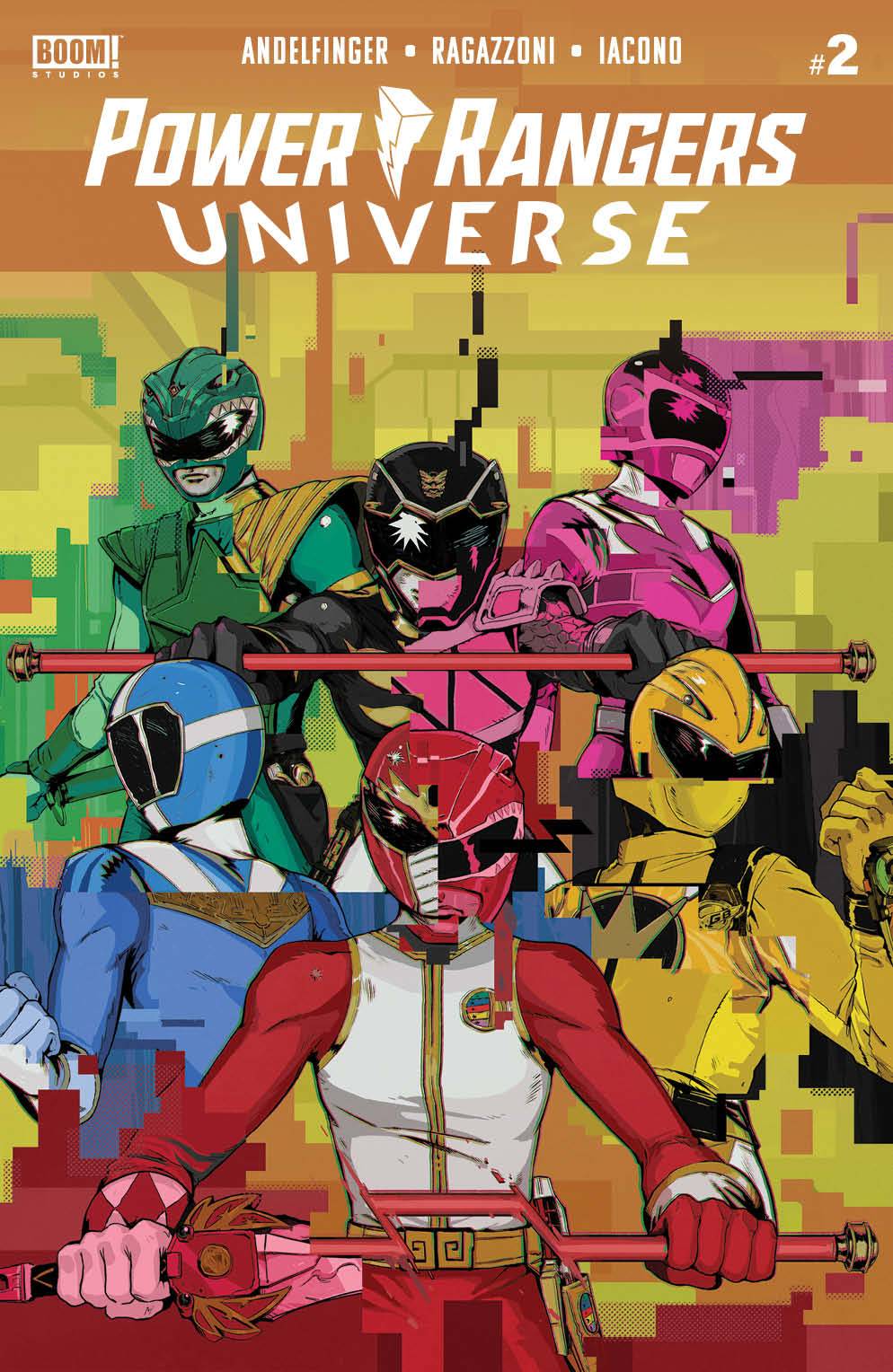 #
NOV210725
(W) Nicole Andelfinger (A) Simone Ragazzoni (CA) Songmuang Chuaynukoon
* Discover the truth behind the Phantom Ranger, the Morphin Masters, Power Rangers, and the Morphin Grid itself in the series that will unlock the secrets of the Power Rangers Universe!

* In the ancient past, six teens scramble inside the Masterforge to save a mysterious figure they rescue from the Morphin Grid.

* But in doing so, they strand themselves from their parents, the Morphin Masters, who ascend into the Grid itself to protect it from Dark Specter.

* Can they protect Earth and the Grid itself from the impending forces headed their way? That question will have to wait, because first they must defend themselves against... a T-Rex attack!
In Shops: Jan 26, 2022
SRP: $4.99
View All Items In This Series
ORDER SUBSCRIBE WISH LIST