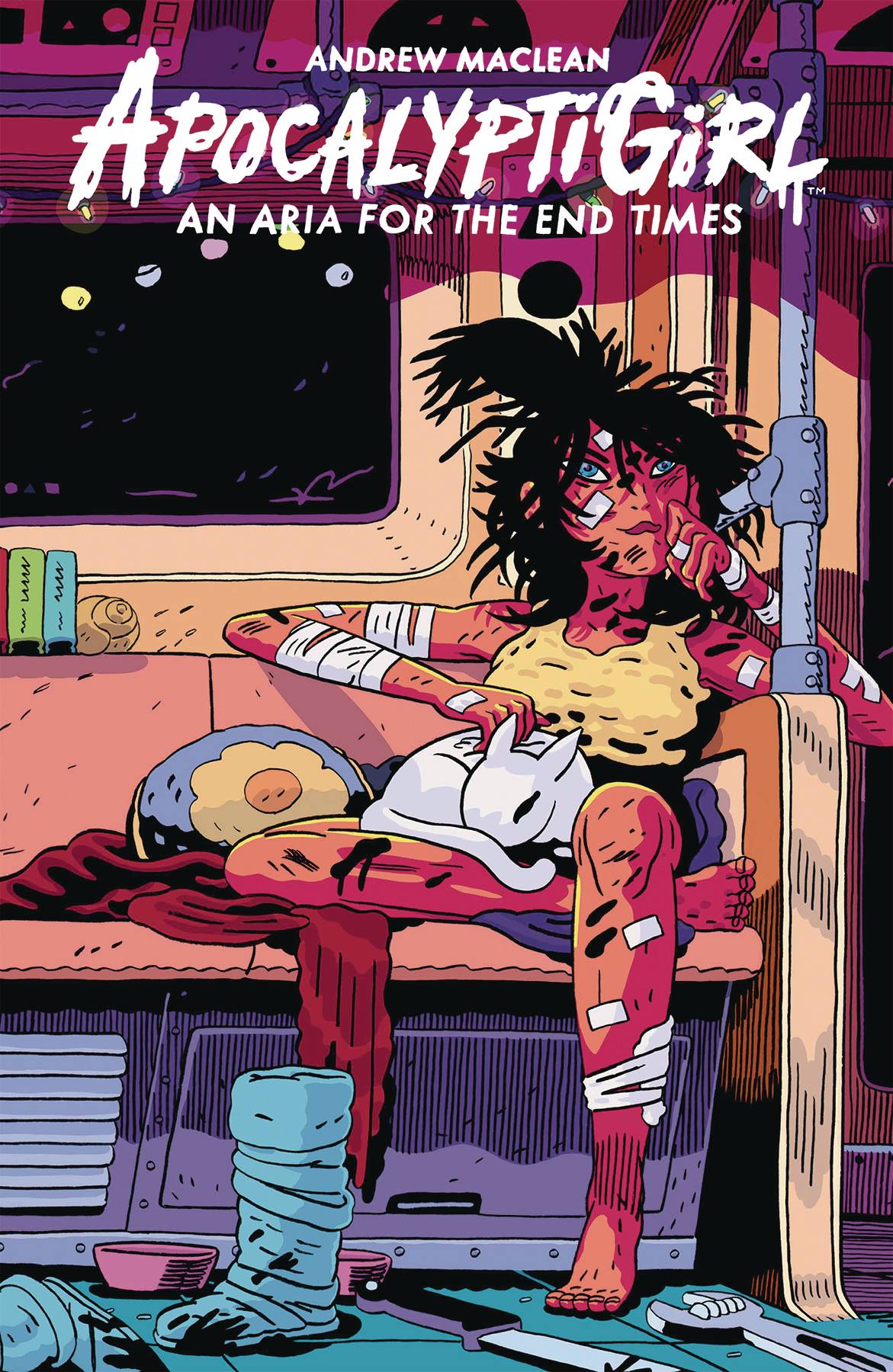 #
NOV190279
(W) Andrew MacLean (A/CA) Andrew MacLean
Alone at the end of the world, Aria is a woman with a mission! As she traipses through an overgrown city with a cat named Jelly Beans, Aria is on a fruitless search for an ancient relic with immeasurable power. But when a creepy savage sets her on a path to complete her quest, she'll face death in the hopes of claiming her prize.

The premiere graphic novel from Head Lopper creator, Andrew MacLean, ApocalyptiGirl is an action-packed exploration of the extremes of humanity and our desire for a home in a world beyond repair. This second-edition hardcover includes more story, a new cover, and process material never seen before.