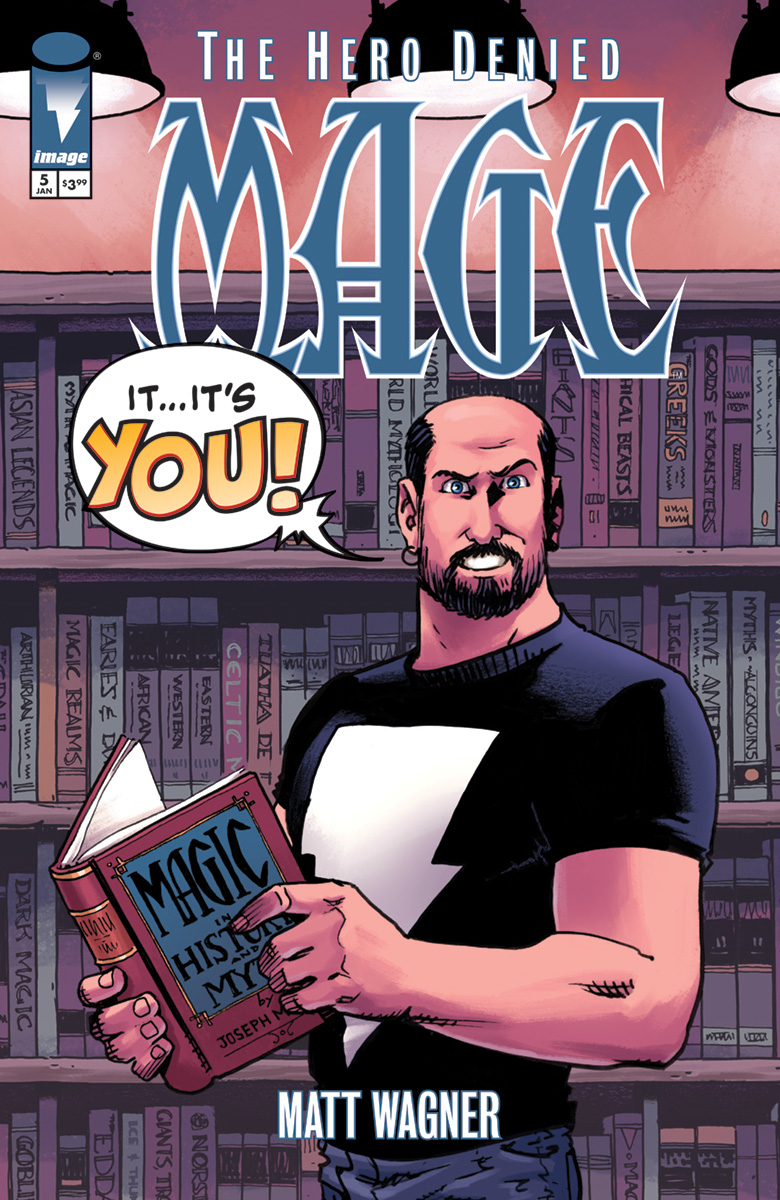 NOV170775
(W) Matt Wagner (A/CA) Matt Wagner
MATT WAGNER's classic saga of comics fantasy continues in the third and final part of his epic MAGE trilogy. More than a year has passed since Kevin Matchstick's nearly fatal encounter with an ancient Goddess of the Underworld. Kevin and his family have moved farther north in an effort to escape the notice of his enemies and are gradually settling into their new life once again. More than ever, the erstwhile hero is determined to forswear his role as the Pendragon and avoid calling on the power of Excalibur. But his determination is put to the test with the sudden and unexpected arrival of a familiar face from Kevin's adventuresome past.

MAGE: THE HERO DENIED is a 15-issue limited series climaxing in a double-sized finale. Considered by many to be creator MATT WAGNER's masterpiece, MAGE has been a perennial favorite with old and new readers alike for nearly three decades.
In Shops: Jan 17, 2018
SRP: $3.99
View All Items In This Series