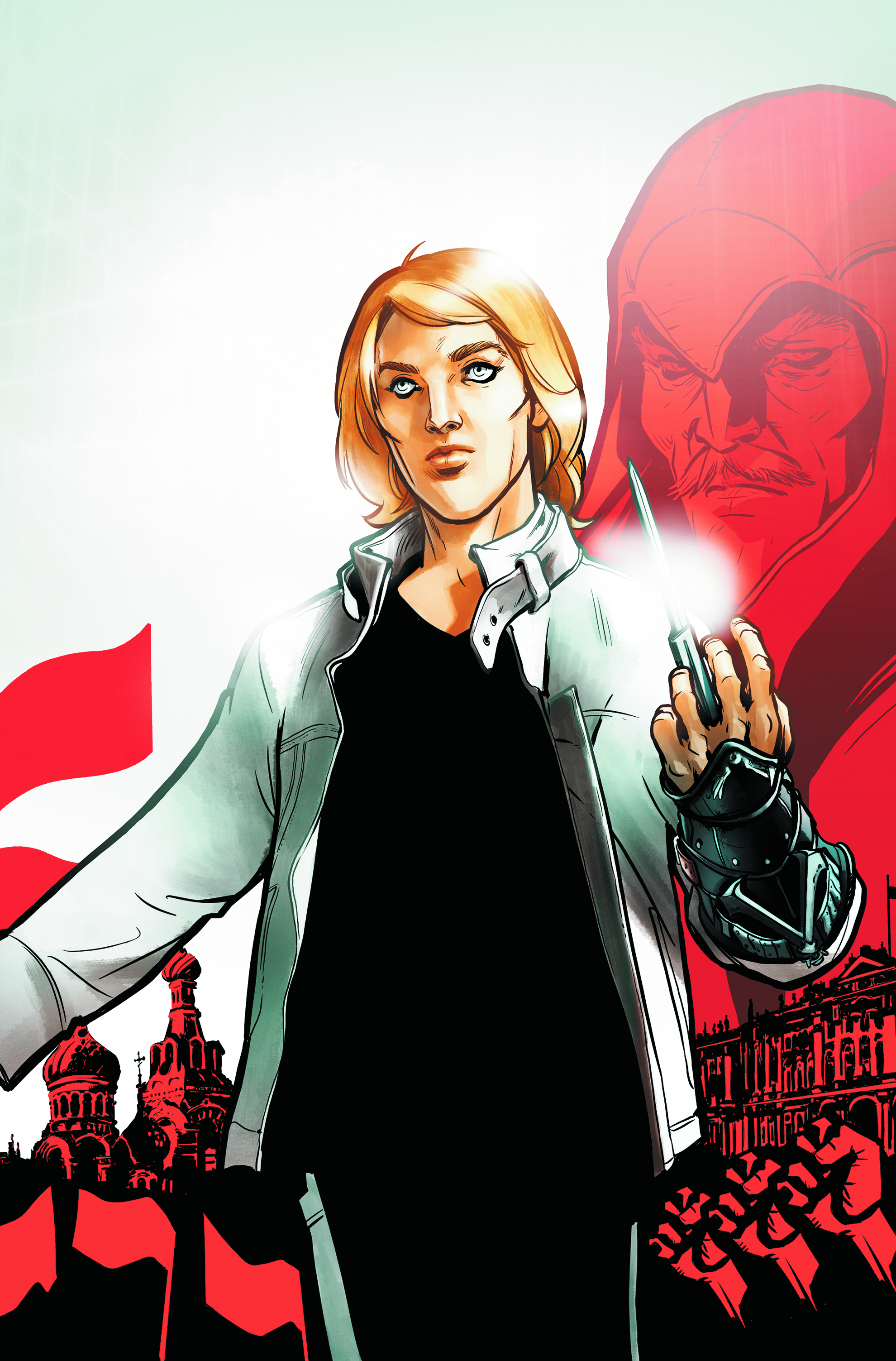 NOV100255
(W) Karl Kerschl, Cameron Stewart (A/CA) Karl Kerschl, Cameron Stewart
Written by KARL KERSCHL & CAMERON STEWART
Art and cover by KARL KERSCHL & CAMERON STEWART
The exciting comic book companion to the acclaimed videogame series reaches its final issue! The streets of Petrograd are filled with the color and noise of revolution - the Bolsheviks have taken control of the country, but there's still conflict within the ranks. Assassin Nikolai Orelov confronts the abdicated Tsar Nicholas II to learn the final location of the Staff. And in the present, Daniel Cross completes his pilgrimage to find the elusive Mentor of the Assassins, a quest that changes the Order forever...
On sale JANUARY 12