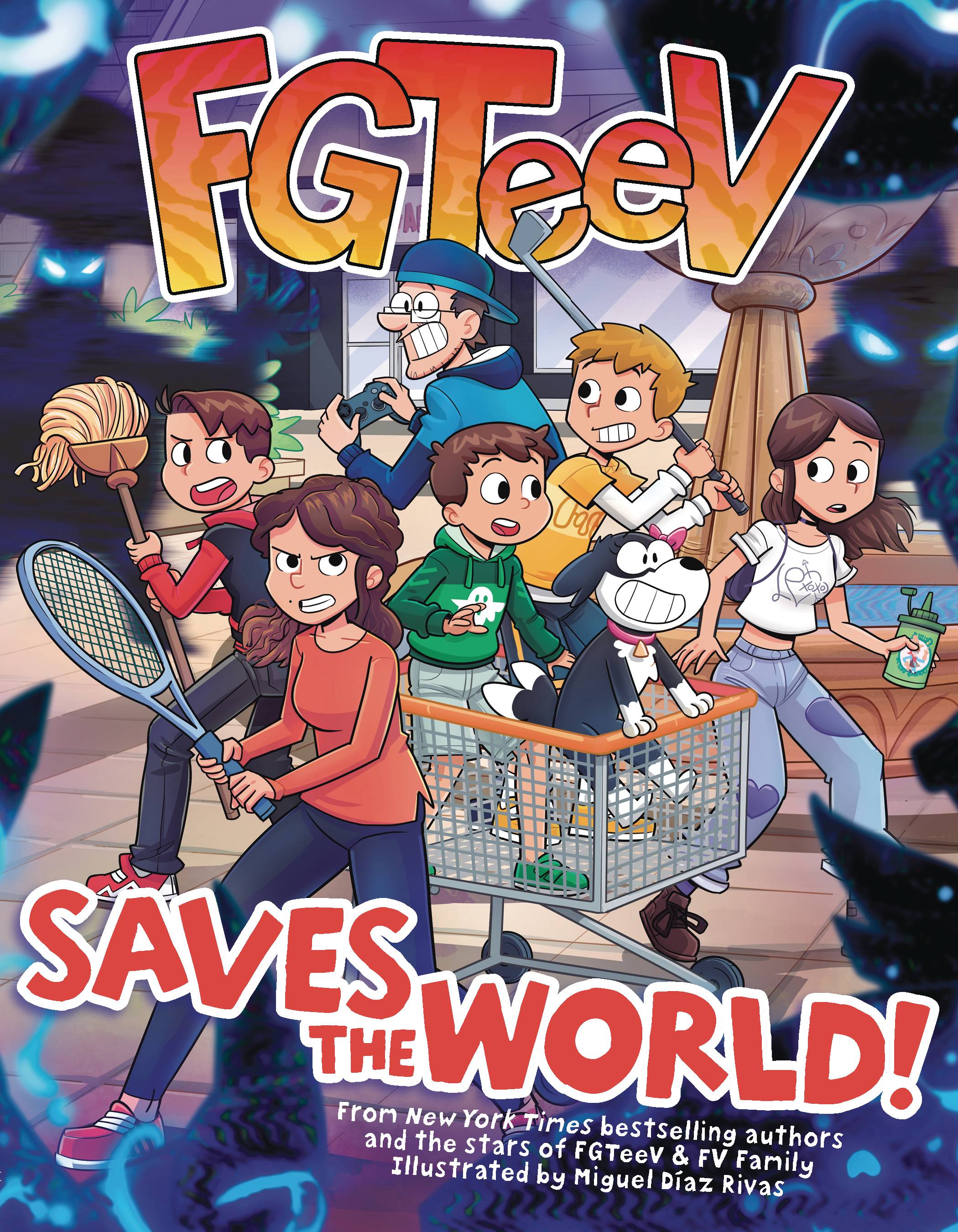 #
MAY221498
(W) FGTeeV (A) Miguel Diaz Rivas
The FGTeeV family gamers really, really love playing games! But for Duddy, one game is by far best: Super Realistic (And Totally Not Made Up) Zombie Battles from the War of 1812. Even though in Duddy's opinion the updated version doesn't stand up to the classic original, it doesn't mean that he can't quickly rack up all the power-ups, bonuses, and achievements to show the kids - Lexi, Mike, Chase, and Shawn - how it's done. That is until the game freezes! The family heads to the Shady Acres Mall to fix their controller, but while at the game store, one wrong click causes all the characters from the Zombie Battles game to explode into the real world. Now Duddy, Moomy, Lexi, Mike, Chase, and Shawn have to fight their own avatars in order to save the world-but will they be able to stop the army of world-conquering video game villains before the bad guys level up?
In Shops: Aug 10, 2022
SRP: $12.99
ORDER WISH LIST