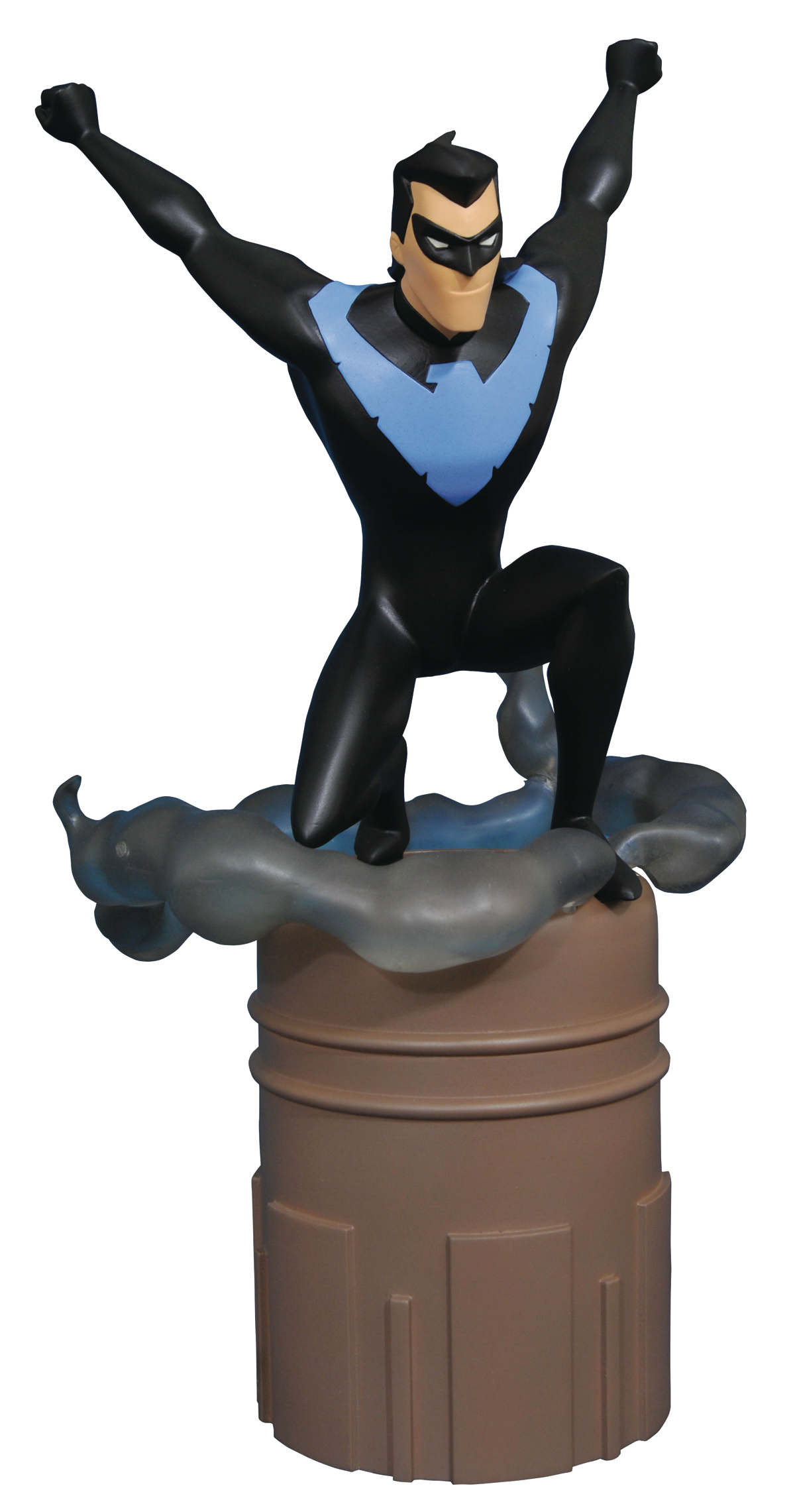 MAY172499
A Diamond Select Toys release! Robin sets off on a new adventure! As seen in the follow-up to Batman: The Animated Series, titled The New Batman Adventures, Dick Grayson has grown up and changed his look, becoming Nightwing! This PVC Diorama depicts Nightwing crouched atop a pillar, preparing to pounce on an unsuspecting thug. This approximately 10-inch PVC diorama features detailed sculpting and exacting paint applications, and comes packaged in a full-color window box. In scale to all Gallery and Femme Fatales PVC figures. Sculpted by Varner Studios!
In Shops: Nov 15, 2017
SRP: $49.99