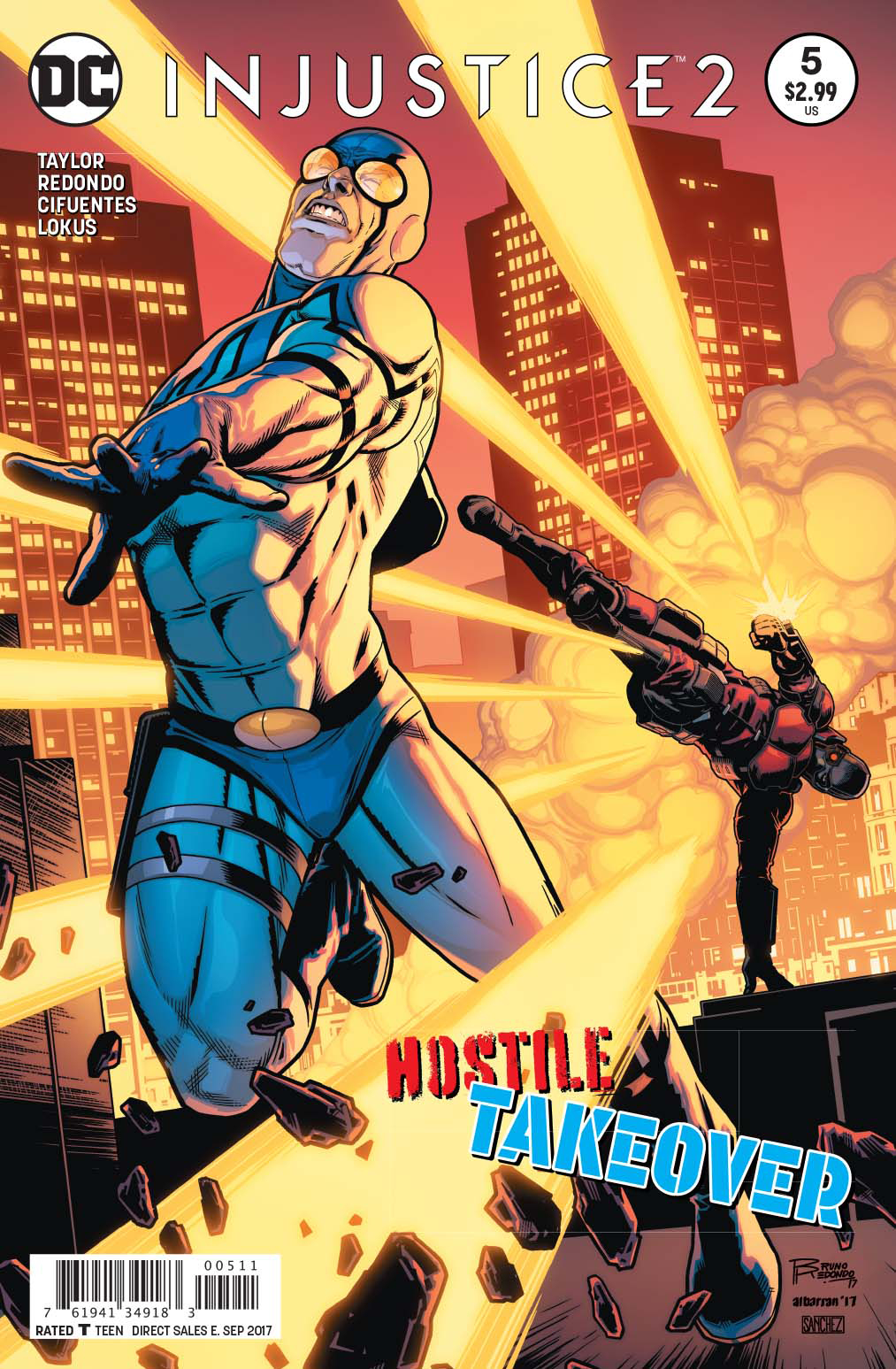 MAY170296
(W) Tom Taylor (A) Vicente Cifuentes (CA) Juan Albarran (A/CA) Bruno Redondo
Batman pays a visit to Ted Kord, beseeching him to become part of the team that rebuilds the world - not as Blue Beetle, but as Ted Kord, inventor and industrialist. But Batman's not the only one who has designs on Ted. A trusted old friend pops in, as does someone else - someone with less noble intentions.
In Shops: Jul 05, 2017
SRP: $2.99
View All Items In This Series