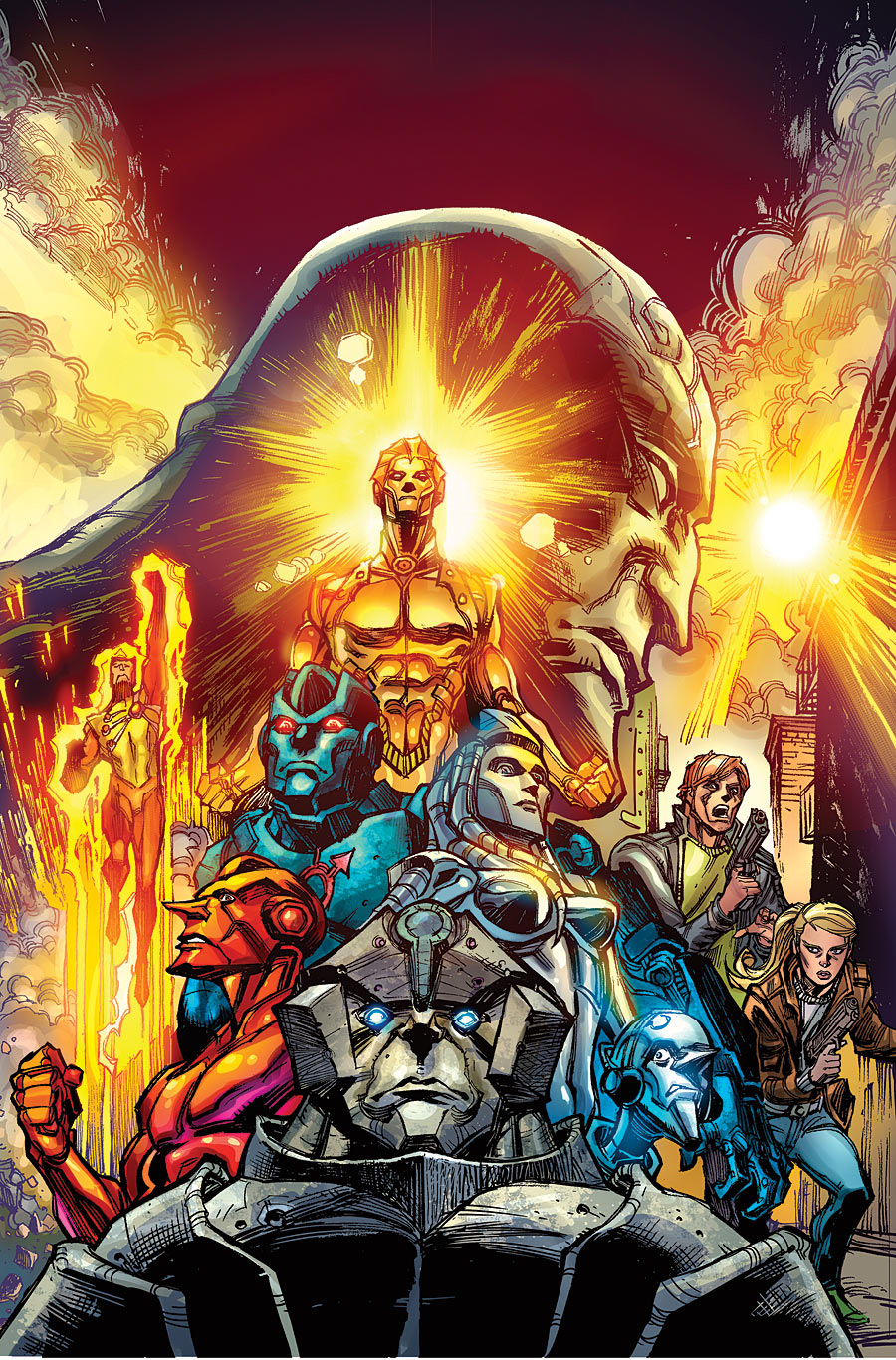 MAY160273
(W) Gerry Conway, Aaron Lopresti, Keith Giffen, Len Wein (A) Eduardo Pansica, Rob Hunter, Aaron Lopresti, Bilquis Evely, Yildiray Cinar, Trevor Scott, John Livesay, Aaron Lopresti (CA) Chad Hardin
METAMORPHO
Written by AARON LOPRESTI •  Art by AARON LOPRESTI and JONATHAN GLAPION
Metamorpho and the people of Dagon Ra have finally obtained the Orb of Ra just in time for Kanjar Ro and his space pirates to arrive to take it. Will Metamorpho be able to defend the people of Dagon Ra and the Orb from Kanjar Ro's wrath, or will they succumb to it?
FIRESTORM
Written by GERRY CONWAY •  Art by EDUARDO PANSICA and ROB HUNTER
Multiple Multiplexes! As the Quantum Field generator begins collapsing our reality and strengthening Multiplex duplication, Multiplex is unsure which version of himself manifests the real Danton Black. We'll need Professor Stein, Ronnie and Jason to team up as Firestorm for this one!
SUGAR & SPIKE
Written by KEITH GIFFEN •  Art by BILQUIS EVELY
Sugar & Spike's lives weren't always so full of sleazy super-heroic stake-outs. Discover the case that started it all and endeared our heroes to the superhero community-it's the secret origin of Sugar & Spike!
METAL MEN
Written by LEN WEIN Art by YILDIRAY CINAR and TREVOR SCOTT
The government has unleashed its ultimate plan to get the Metal Men back-a twisted team of Metal Men bent on bringing our heroes in. Meanwhile, a looming threat waits in the shadows.
In Shops: Jul 20, 2016
SRP: $7.99
View All Items In This Series