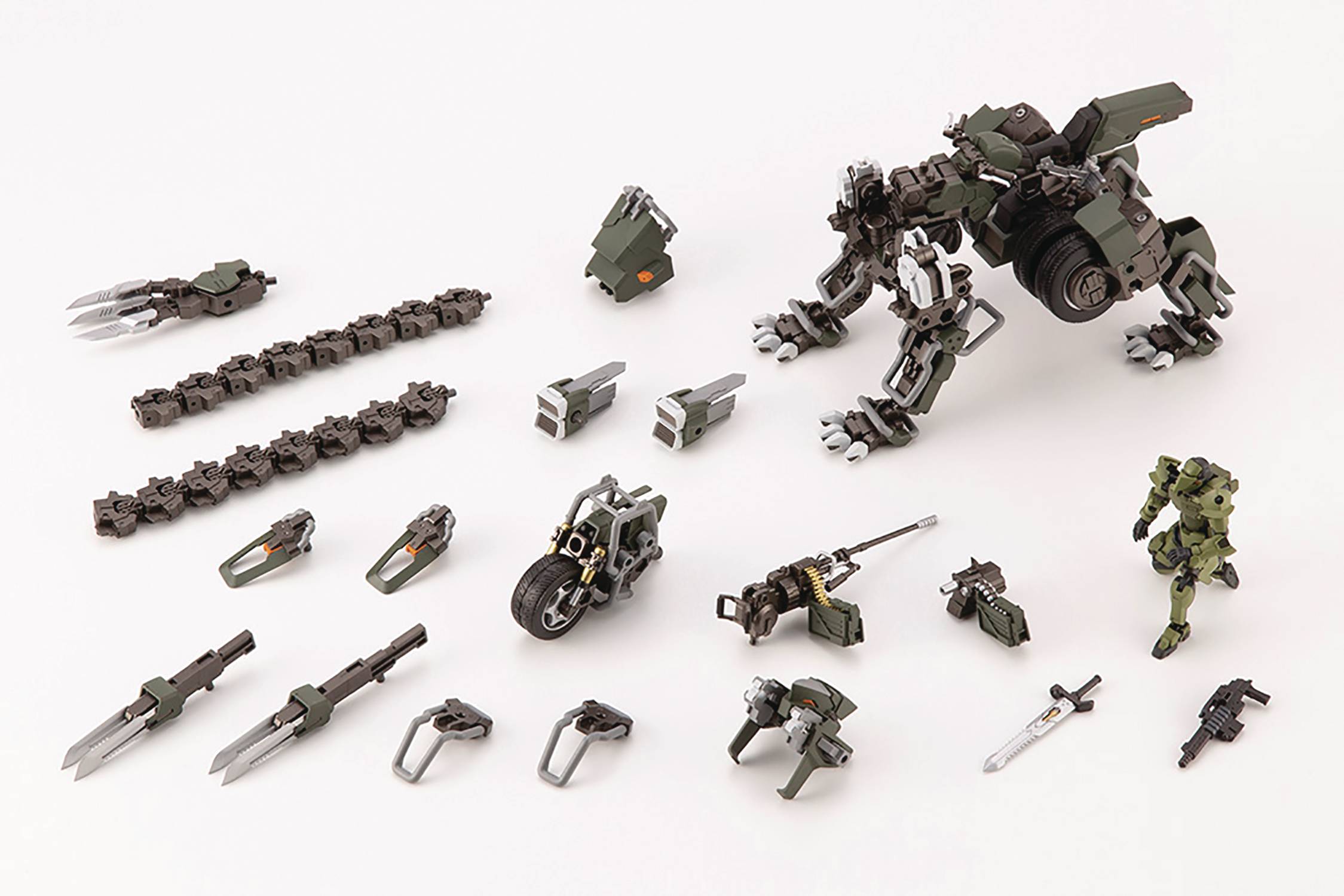 # # # # # #
MAR218800
From Kotobukiya. The HEXA GEAR Lord Impulse is back! The Lord Impulse, a third-generation Hexa Gear developed by EarthKline Biomechanics, was the prototype of the Rayblade Impulse. Movable thrusters on the left and right side of its fuselage are used for position control during jumping rather than acceleration, and this version features a long articulated limb on the back known as a "trick blade." It acts as a sort of prehensile tail, and is extremely flexible and strong, equipped with claws on the end for grasping. The Trick Blade can be flexed vertically and horizontally with 3mm joints and the mouth features a Hound Byte holder, to hold and carry a wide range of items and weapons.