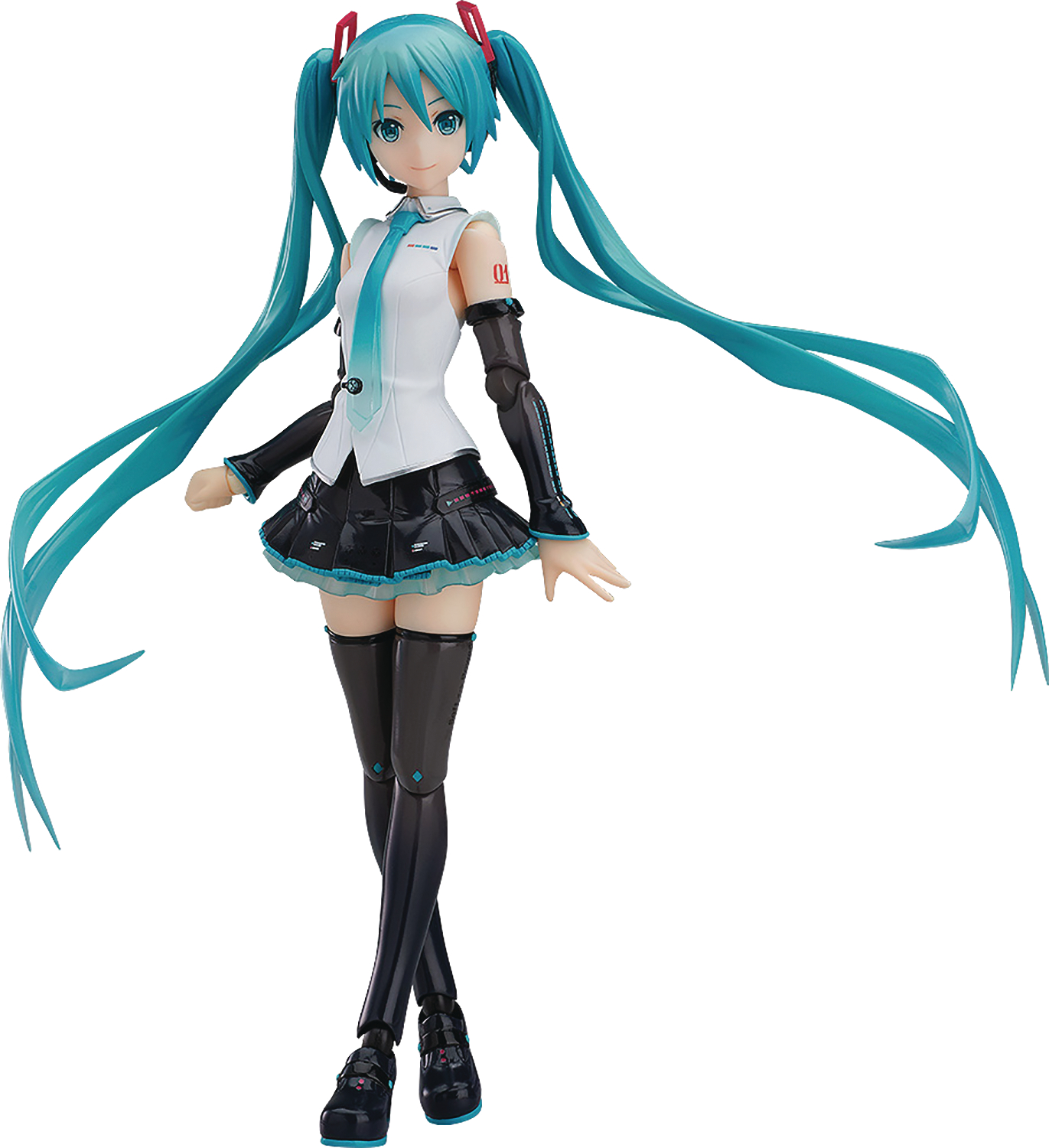 MAR188821
From MAX Factory. Hatsune Miku's V4X edition the allows for more natural and expressive songs than ever before has transformed into a figma! The original illustration for the V4X edition by iXima has been converted into figma size as faithfully as possible! The smooth yet posable figma joints allow you to act out a variety of different scenes. The unique gradient from the original illustration on her hair, arms and legs has been preserved on the figma. She comes with three face plates including a smile, a singing expression and a winking expression. Optional parts include a microphone, a microphone stand as well as a guitar to display her performing. An articulated figma stand is included to facilitate various poses.