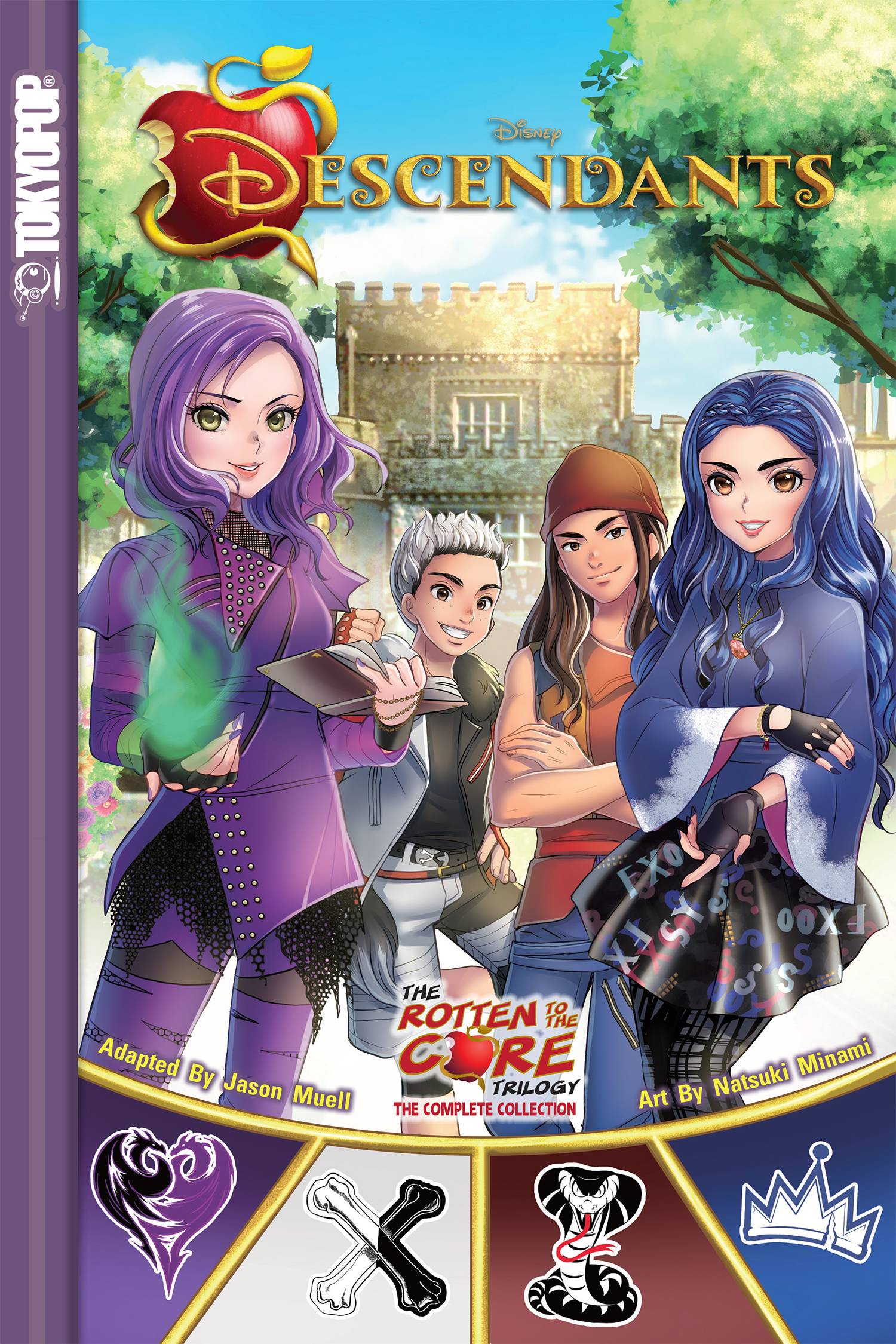 #
MAR181963
(W) Jason Muell (A/CA) Natsuki Minami
In a world where Disney's greatest villains have been condemned to live in exile on the Isle of the Lost, Mal, Evie, Carlos, and Jay - four descendants of these evildoers - are given a chance to redeem themselves and prove they are greater than the sins of their parents by attending Auradon Prep and living among the good guys. Seeking this chance for glory, the Villain Kids hatch a plan to steal Fairy Godmother's magic wand and free their parents from captivity. Will the rebel teens follow in their parents' footsteps or will they choose to embrace their innate goodness and save the kingdom?  This full-color manga adaptation of the hit Disney Channel original movie collects all three volumes of the<I> Disney Descendants: The Rotten to the Core Trilogy</I> manga.
In Shops: Jun 27, 2018
SRP: $15.99
ORDER WISH LIST