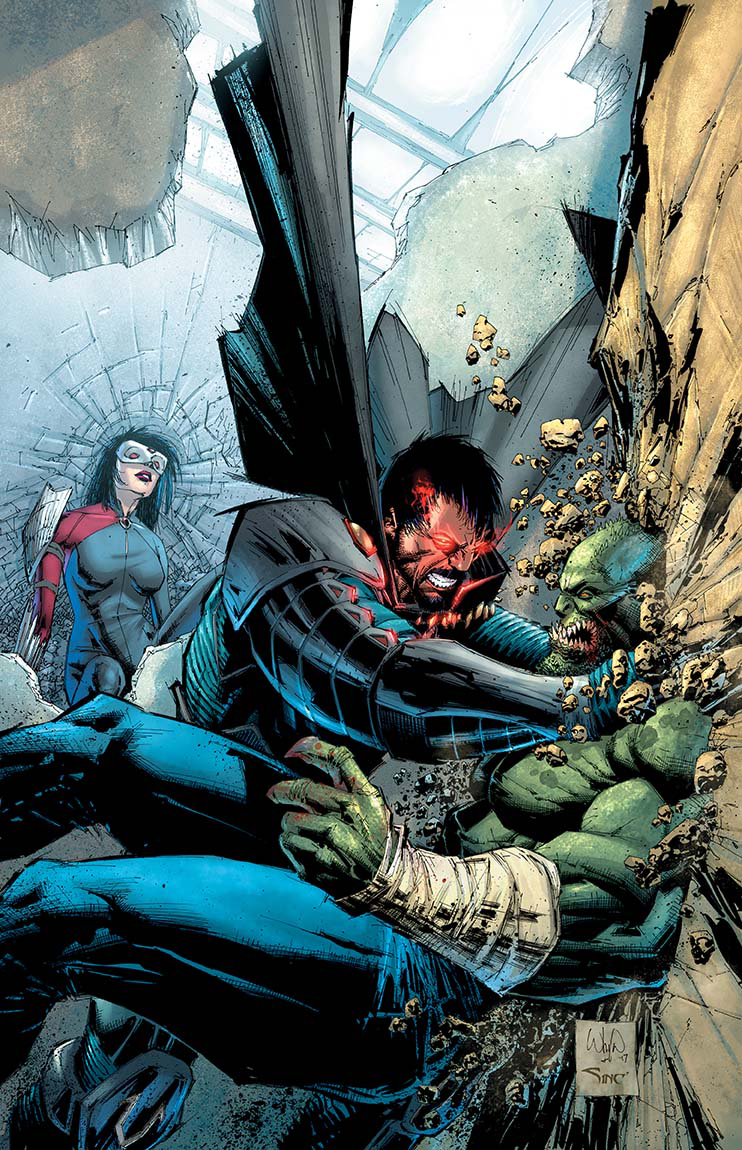 MAR170327
(W) Rob Williams (A) Tony S. Daniel, Sandu Florea (CA) Whilce Portacio
"EARTHLINGS ON FIRE" part three! The moment SUICIDE SQUAD has been building to from the beginning is here! The Suicide Squad has everything they want. Deadshot is reunited with his daughter. Harley Quinn and Rick Flag's mutual attraction is becoming a true romance. And Amanda Waller has defeated all her enemies. Or has she? Sitting in a Belle Reve prison cell is the biggest gamble the Wall has ever played, and it's one for which the entire world will pay.
RATED T+
In Shops: May 24, 2017
SRP: $2.99
View All Items In This Series
ORDER SUBSCRIBE WISH LIST