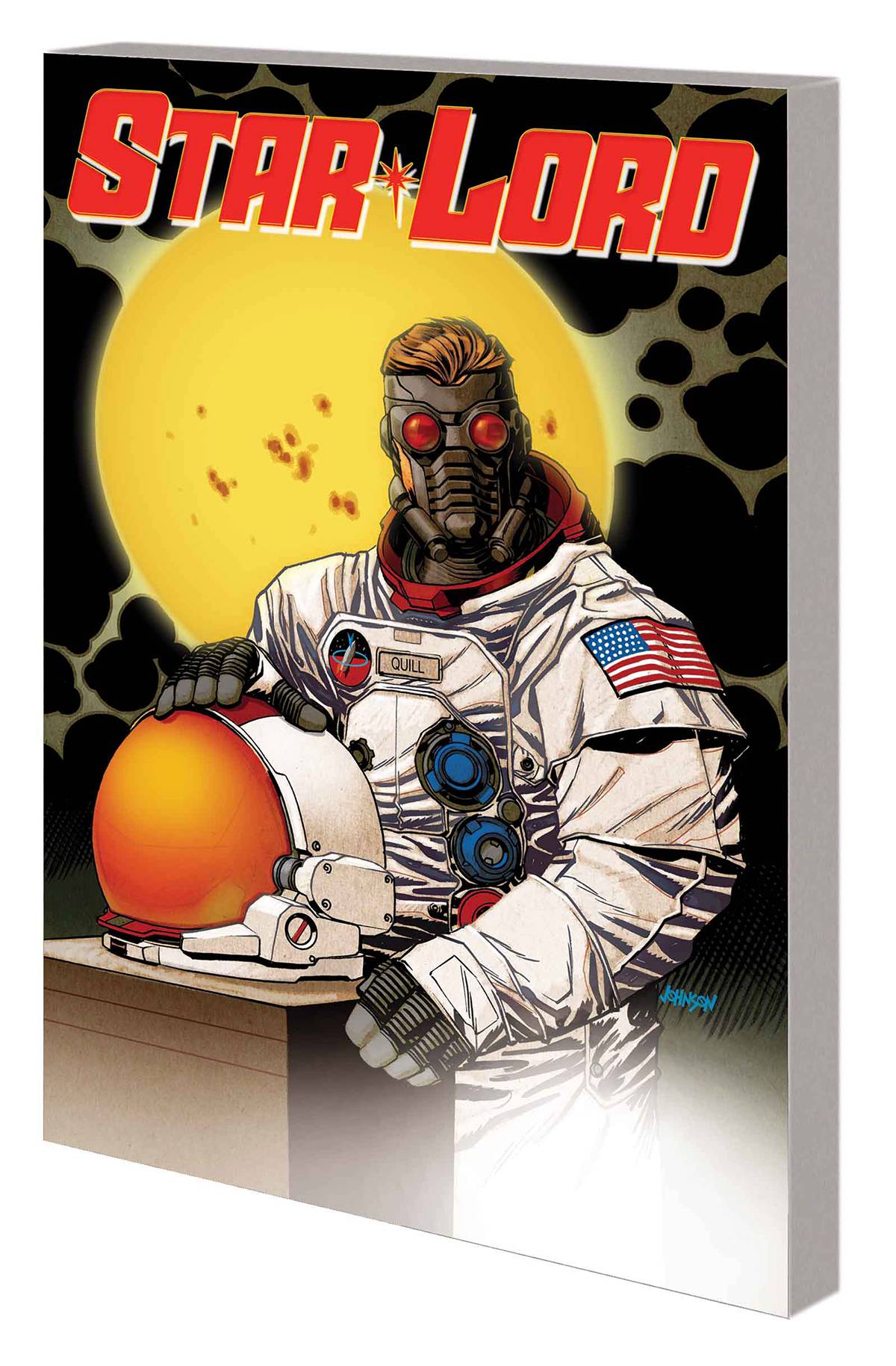 #
MAR160933
(W) Sam Humphries (A) Javi Garron (CA) Dave Johnson
The stirring story of Star-Lord begins here! Before Peter Quill traversed the universe, before he was a Guardian, before he was legendary, he was...an astronaut! Well, he wanted to be, at least. But as NASA's biggest washout, it looked like the future Star-Lord was destined to stay grounded on Earth forever. Now, discover how Marvel's scoundrel of the spaceways finally journeyed out into the galaxy, with a death to avenge! But getting off-world is one thing - surviving is another. When Yondu's crew finds him, Peter will have to get on board with their pillaging lifestyle - yes, it's a space pirate's life for him! But will he be so merciless as to betray his species and steal the mysterious Asterion One? Witness the unlikely origins of a legendary hero! Collecting STAR-LORD (2015) #1-5.
Rated T
In Shops: Jun 22, 2016
SRP: $15.99
View All Items In This Series