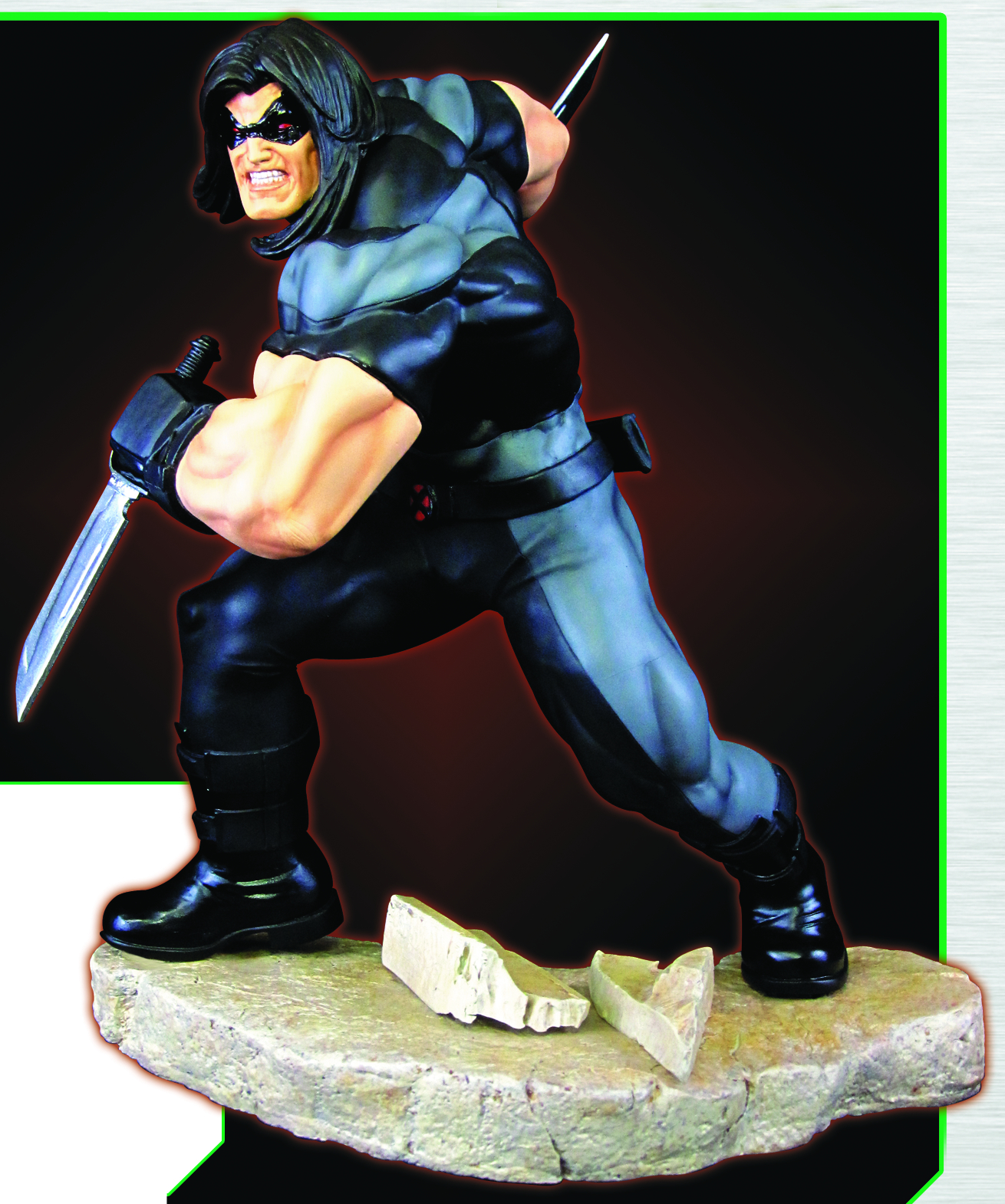 MAR111831
A KOTOBUKIYA Japanese import! X-Force is the hottest mutant team right now in the Marvel Universe, with the current launch of Uncanny X-Force burning up the shelves everywhere.  Teaming up the most vicious and morally flexible heroes, Wolverine leads the ultimate strike force willing to do anything, at any time to protect the world's mutant population.  Kotobukiya is proud to present the third member of an all-new X-Force lineup of Fine Art Statues: WARPATH!  An Apache Native American, James Proudstar possesses mutant superhuman strength and speed, like his older brother, the short-lived X-Man Thunderbird, though Warpath's power-levels are much higher.

He originally blamed the X-Men for his brother's death and joined the villain group the Hellions to get revenge. He later reconsidered his views and became a longtime member of the militant X-Men offshoot X-Force. After a long journey to the Shi'ar Empire with the Uncanny X-Men, Warpath became a member of the new incarnation of X-Force but he left after the events of Necrosha.

Based on a brand new sculpt by Erick Sosa, the X-Force version really kicks thing up a notch!  Warpath stands just over 12 inches tall (in 1/6th scale).  This stoic powerhouse is recreated in high quality cold cast resin and the rooftop base under his feet matches perfectly with those of the other X-Force Fine Art Statues.