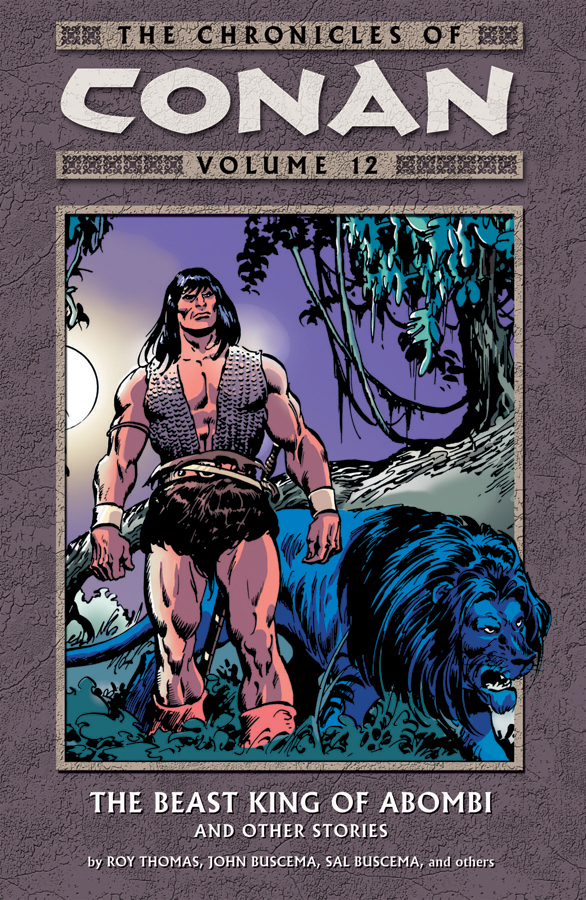 MAR070031
(W) Roy Thomas (A) Ernie Chan (A/CA) John Buscema
Conan and Bêlit, Queen of the Black Coast, reunite with their pirate crew aboard the Tigress only to be drawn into the vermin-infested swamps of Stygia. In the dark depths of this haunted land, they battle for their lives amidst stately pleasure gardens transformed into treacherous dens of deceit.  There, a twisted beast-king reigns supreme, his hordes of abominations descending mercilessly upon the Cimmerian and his lover. Together, the two shall face monstrous man-crabs and a sultry sea-witch, but when an ancient secret is unleashed it means only one thing for a member of their heroic party-death!