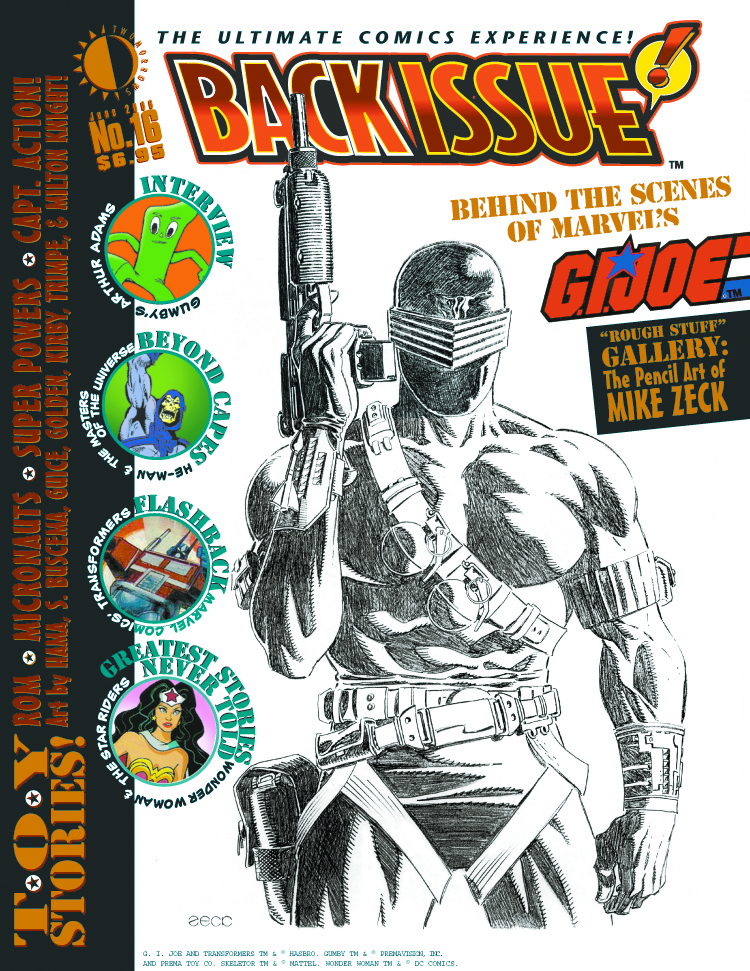 MAR063547
This month's issue features an in-depth look at Marvel's G. I. Joe, featuring interviews Larry Hama, Denny O'Neil, and Herb Trimpe! Arthur Adams bends reader's ears about drawing Gumby, Sal Buscema and Butch Guice trade tales about ROM and Micronauts, the pencil art of Mike Zeck gets the "Rough Stuff" spotlight, and "Greatest Stories Never Told" examines the ill-fated Wonder Woman and the Star Riders toy/animation/comics concept! Plus, coverage on DC's Masters of the Universe with George Tuska, Marvel's Transformers, a 40th anniversary salute to Captain Action, Jack Kirby's Super Powers comics, and a look at super-hero cars! Featuring rare and classic art by these artists, plus Michael Golden and others! With a Snake-Eyes "sketch cover" by Mike Zeck!