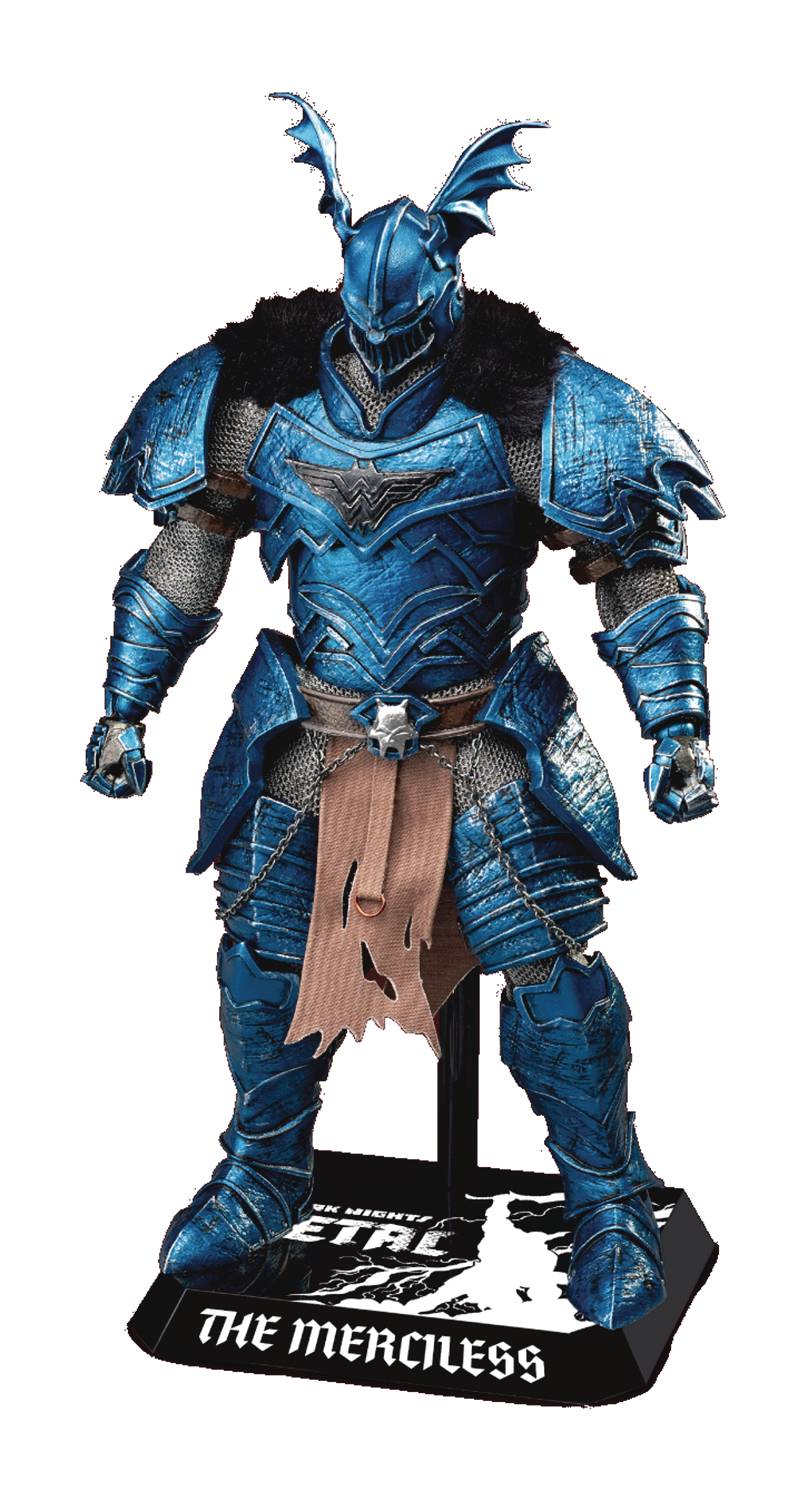 # # # # # # # # # #
JUN218279
From Beast Kingdom. Beast Kingdom's Dynamic 8action Heroes series under the Entertainment Experience Brand launches the latest DAH figure standing at an intimidating 8" in height. A detailed take on Batman The Merciless, every feature including the distinct blue armor and his Aries helmet with elongated bat wings and LED light-up eyes are accurately modeled! Featuring a detailed painting process, plus real fabric and chain mail effects on the shoulders and thighs, the figure reproduces the sharp and aggressive looking comic character! The accessories include a set of lightning effects that can be modeled around the figure to show the god like powers, as well as the God Killer sword itself, which provides fans with many ways to pose Batman! And what better way to show off the true identity of Batman The Merciless than with a replaceable head sculpt of the battered Bruce Wayne!