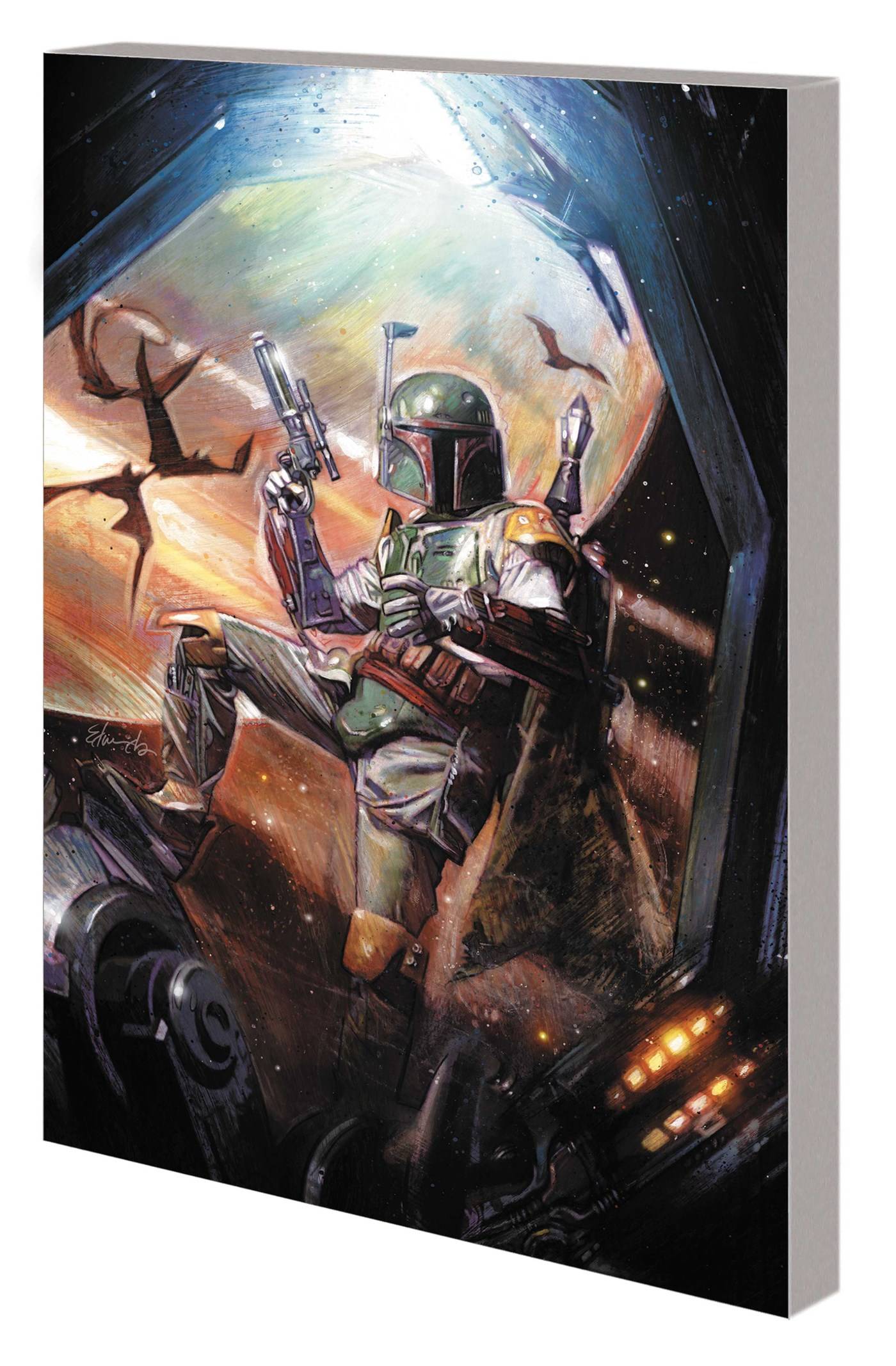 #
JUN210836
(W) Brian Michael Bendis (A/CA) David Marquez
The galaxy's most feared bounty hunter blazes into the spotlight! Years ago, Boba Fett's father, Jango, took on an important mission with a big payday. But things went awry, and now Boba must pick up the pieces! Then, a rumor spreads that Boba Fett is dead - but who is picking off his "killers" one by one? Can the son of one of Jango Fett's clones learn the truth? Plus: Boba takes on big bounties, battles the Empire and faces down an imposter in more tales of the fan-favorite in the Mandalorian armor! Collecting STAR WARS: BLOOD TIES #1-4, STAR WARS: BLOOD TIES - BOBA FETT IS DEAD #1-4, STAR WARS: EMPIRE #7 and #28, STAR WARS: BOBA FETT #1/2, STAR WARS: BOBA FETT - TWIN ENGINES OF DESTRUCTION, STAR WARS: BOBA FETT - AGENT OF DOOM and material from STAR WARS TALES #7.
Rated T
In Shops: Nov 10, 2021
SRP: $34.99
ORDER WISH LIST