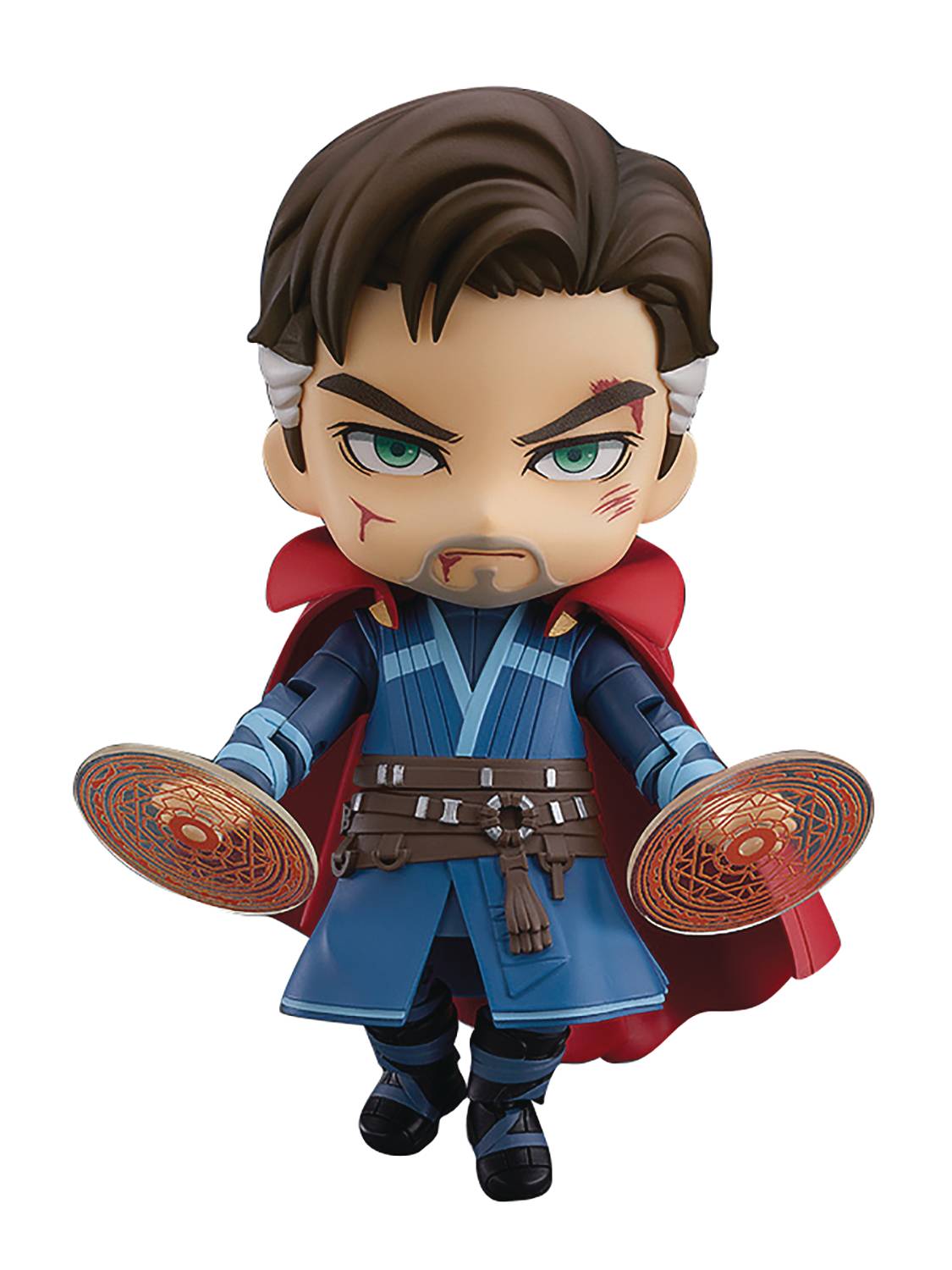 # # # # # #
JUN208963
From Good Smile Company. From Avengers: Endgame comes a Nendoroid of Doctor Strange! The Nendoroid is fully articulated, allowing you to recreate all kinds of action-packed poses. He comes with three face plates including a standard expression, a 1 out of 14,000,605 potential outcomes expression and an expression with gritted teeth. Optional parts include magic circle effect parts that can be attached to both hands as well as several hand parts for recreating Endgame's battle scenes. The DX version also includes a water column part to recreate the scene when Doctor Strange held back the flood of water, a chibi miniature figure of wong as well as a special Nendoroid base to recreate the final battle scene of the movie.