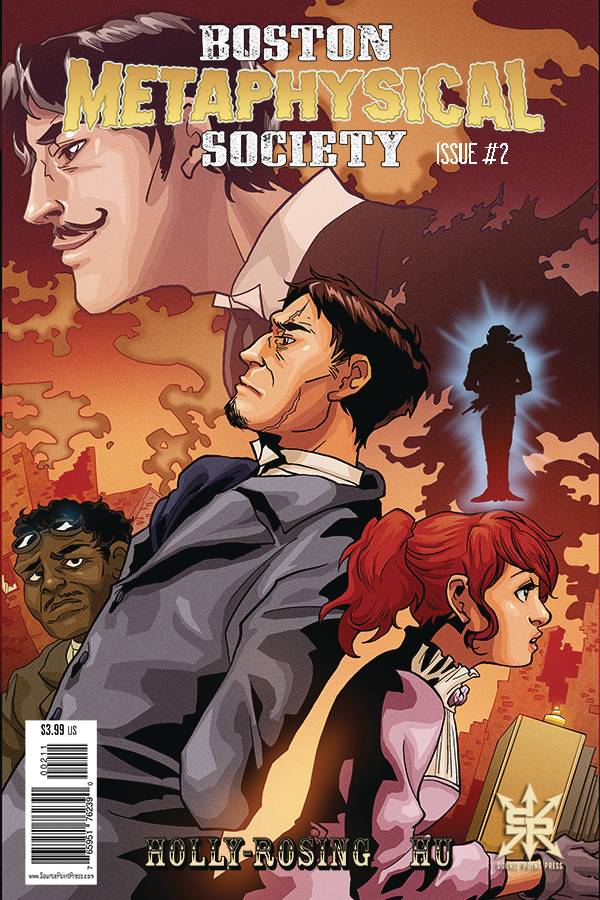 #
JUN191915
(W) Madeleine Holly-Rosing (A) Emily Hu
This second issue in the 6-issue mini-series continues the story of Samuel Hunter, Caitlin,
O'Sullivan and Granville Woods as they battle supernatural forces in late 1800s Boston.
Harry Houdini brings Hunter to a secret group of some of the greatest minds of the
century, where they are studying the supernatural entity known as "The Shifter". But elsewhere, something is murdering people in the streets! Can the Boston Metaphysical Society stop the slaughter?
In Shops: Aug 21, 2019
SRP: $3.99
View All Items In This Series