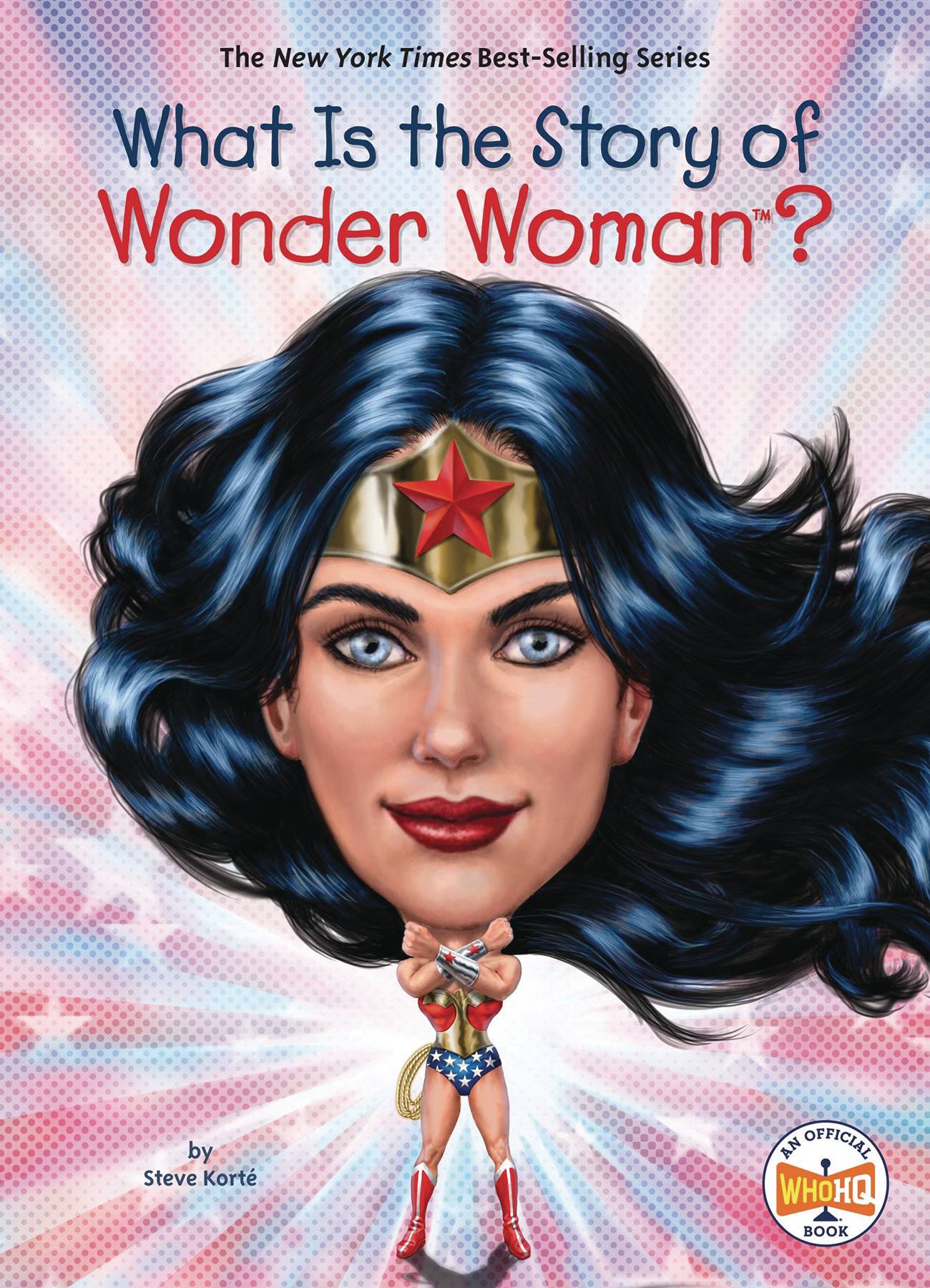 #
JUN191878
(W) Steve Korte (A) Jake Murray
Your favorite characters are now part of the Who HQ library! Wonder Woman-DC Comics' greatest female superhero-flies onto our What Is the Story Of? list. She is a founding member of the Justice League, a goddess, and an ambassador of the Amazonian people. Wonder Woman burst onto the comic book scene during World War II. For more than seventy years, she has been fighting for equality, power, and truth with her lasso of truth in one hand and her sword in the other. Author Steve Korté shares the story of how one of the first and foremost superheroines was created, and how she came to be such a powerful feminist icon.
In Shops: Aug 21, 2019
SRP: $15.99