GAME OF THRONES CLASH OF KINGS #3 CVR A MILLER (MR) 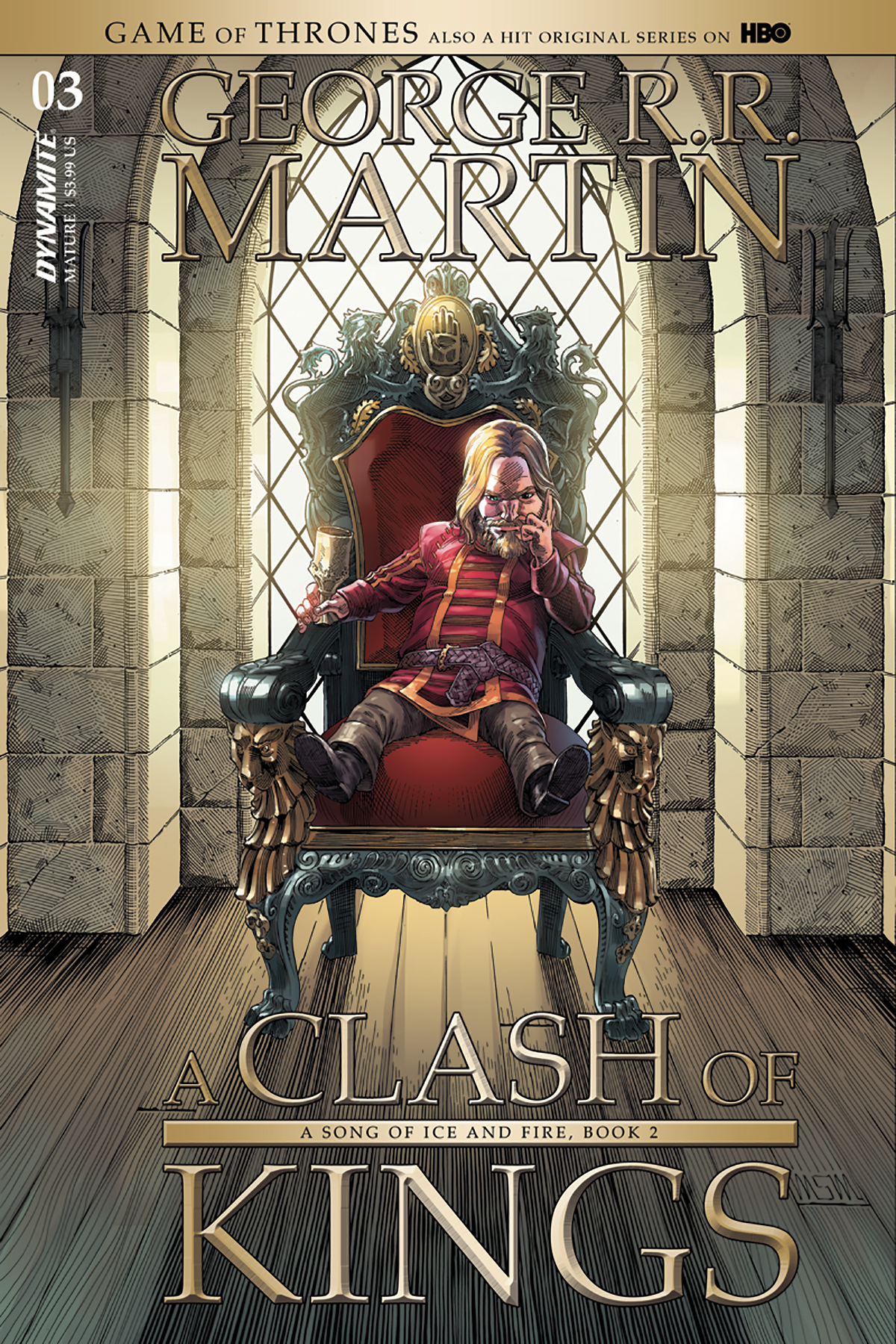 JUN171542
(W) George R. R. Martin, Landry Quinn Walker (A) Mel Rubi (CA) Mike S. Miller
In the far North, Jon Snow and the men of the Night's Watch prepare themselves for the coming winter - but recent events in the war bring troubling news to the north and could shake his oaths. Meanwhile, in King's Landing, Tyrion must play a calculated game of intrigue to establish himself as the King's Hand; but his sister Cersei - the Queen Regent, openly dismayed by the news of his appointment - sets herself against her younger brother, and the two lions of the Lannister family clash!
In Shops: Aug 23, 2017
SRP: $3.99
View All Items In This Series