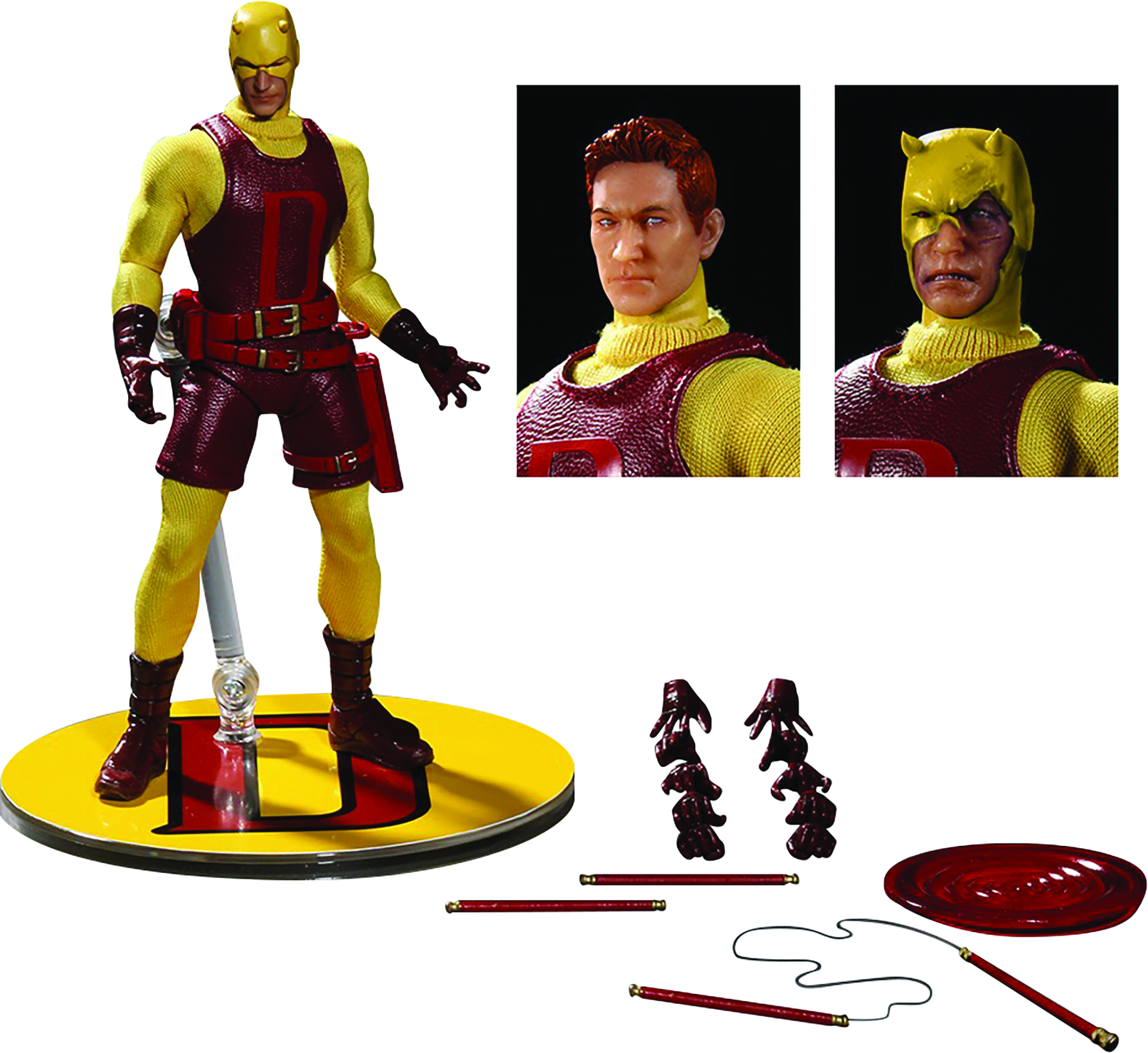 JUN168910
A PREVIEWS Exclusive! Blinded by a radioactive liquid while saving a stranger, young Matt Murdock gains "radar sense" and experiences heightened senses beyond normal human ability. After the brutal death of his Father, Matt Murdock donned his costume and became the man without fear - Daredevil. Lawyer by day and vigilante by night, Daredevil is the guardian of Hell's Kitchen. Painstakingly developed to capture the iconic look of the heroic character and outfitted on a One:12 Collective body, the costume is intricately detailed. The final result is a seamless blend of a timeless hero with a "real world" look. This 1/12-scale figure boasts 32 points of articulation and features an accurate real fabric uniform that recreates the Man Without Fear's original yellow costume.