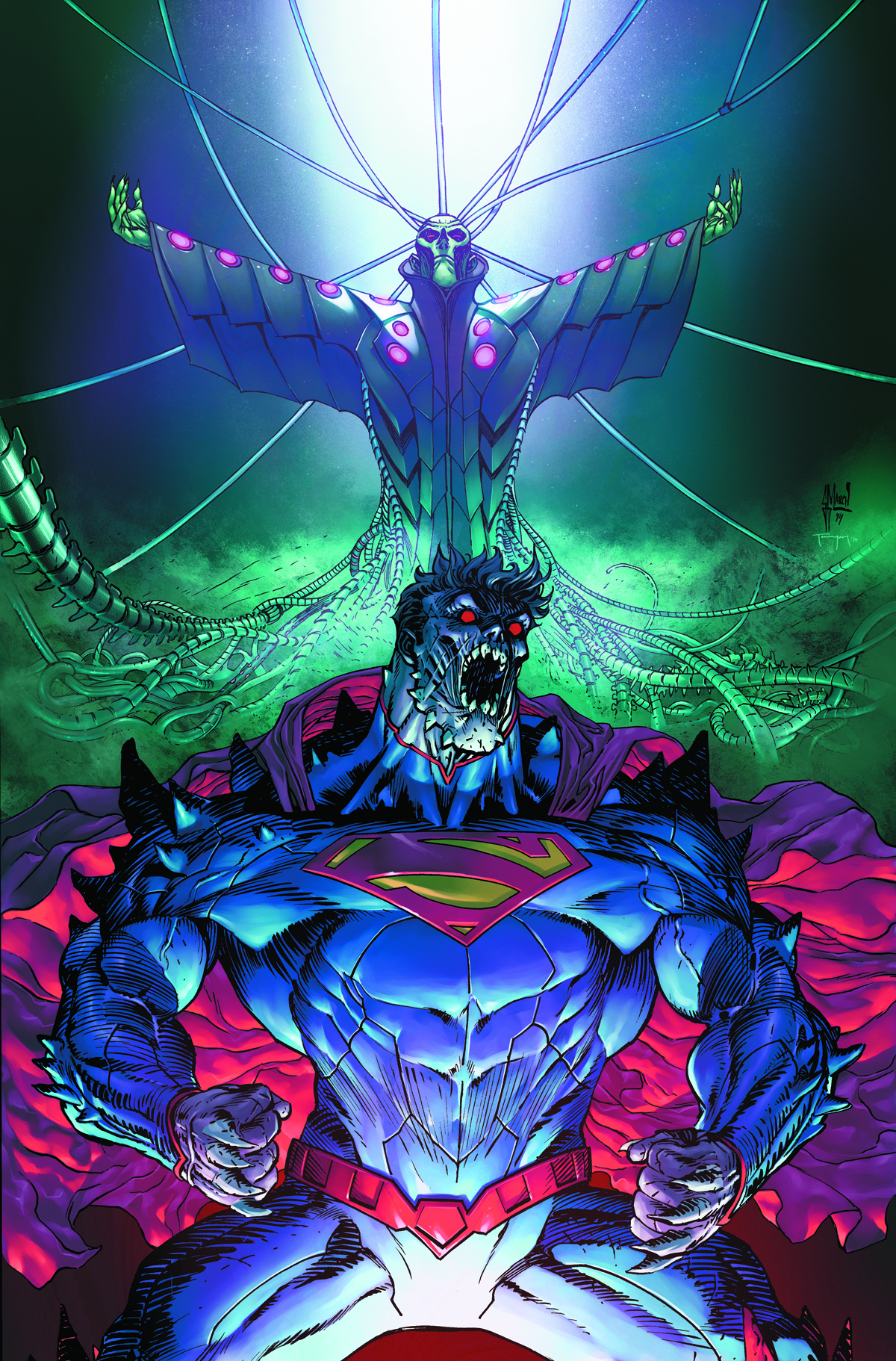 JUN140196
(W) Greg Pak, Charles Soule (A) Ken Lashley, Szymon Kudranski, Cory Smith, Dave Bullock, Jackson Herbert, Ian Churchill, Aaron Kuder, Vicente Cifuentes, Norm Rapmund (CA) Guillem March
A Man of Steel who has lost himself in the monster must once again go up against the first threat he ever faced as Superman in the form of a villain who now has the power to warp reality with a thought. But this time if he defeats Brainiac, Earth will be lost. Batman, Wonder Woman, Steel, Supergirl are joined by Starfire, Guy Gardner and Green Lantern Simon Bazz and even Swamp Thing to make a fateful decision about their friend.
In Shops: Sep 24, 2014
SRP: $4.99
View All Items In This Series