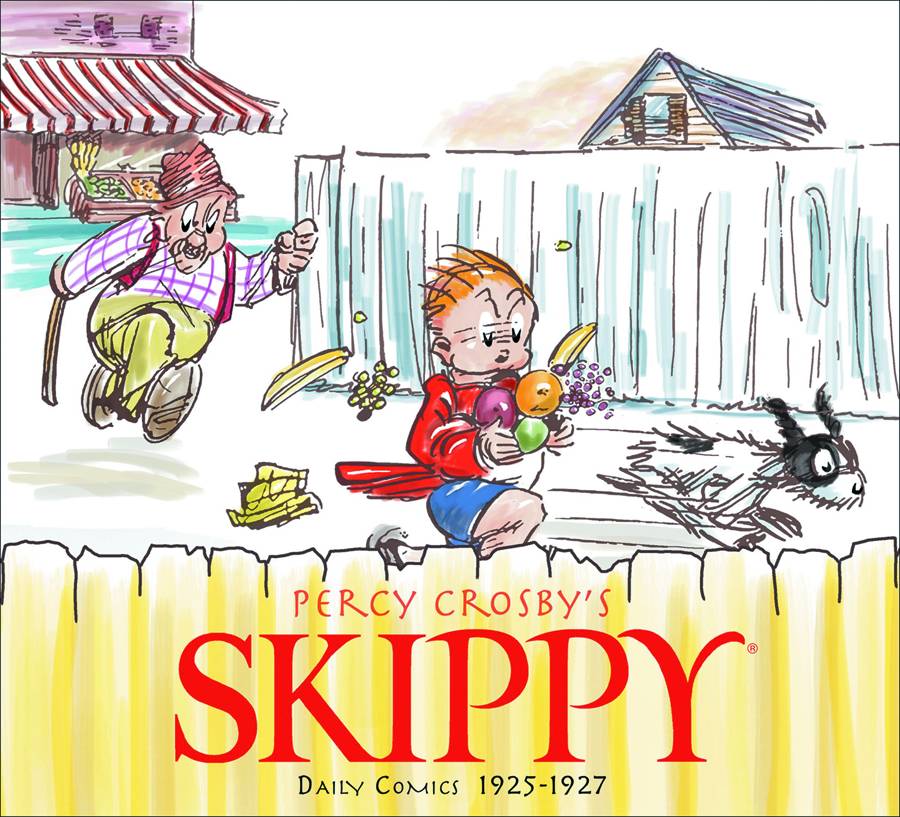 JUN120417
(W) Percy Crosby (A/CA) Percy Crosby
Debuting in 1923 in Life magazine, Skippy moved to the comics pages in 1925 and soon became a sensation, published in 28 countries and 14 languages. In 1931, Skippy became the first comic strip to see its film version win an Academy Award. Percy Crosby continued writing and drawing the feature until 1945.
Today Skippy can be seen as the spiritual ancestor to Peanuts and Calvin and Hobbes, among many other kid strips. Crosby influenced cartoonists from Charles Schulz to Walt Kelly to Garry Trudeau, and perhaps more than any other cartoonist before him, brought philosophy and politics to the American newspaper comic strip. In the end, it would be his outspoken political and philosophical beliefs that would place him increasingly outside the mainstream of 1940s American culture, ultimately leading to his exile from comics and his forced incarceration in a mental institution for the last sixteen years of his life. As a result of his tragic end, Crosby's remarkable contributions to American culture have been largely eclipsed, until now.