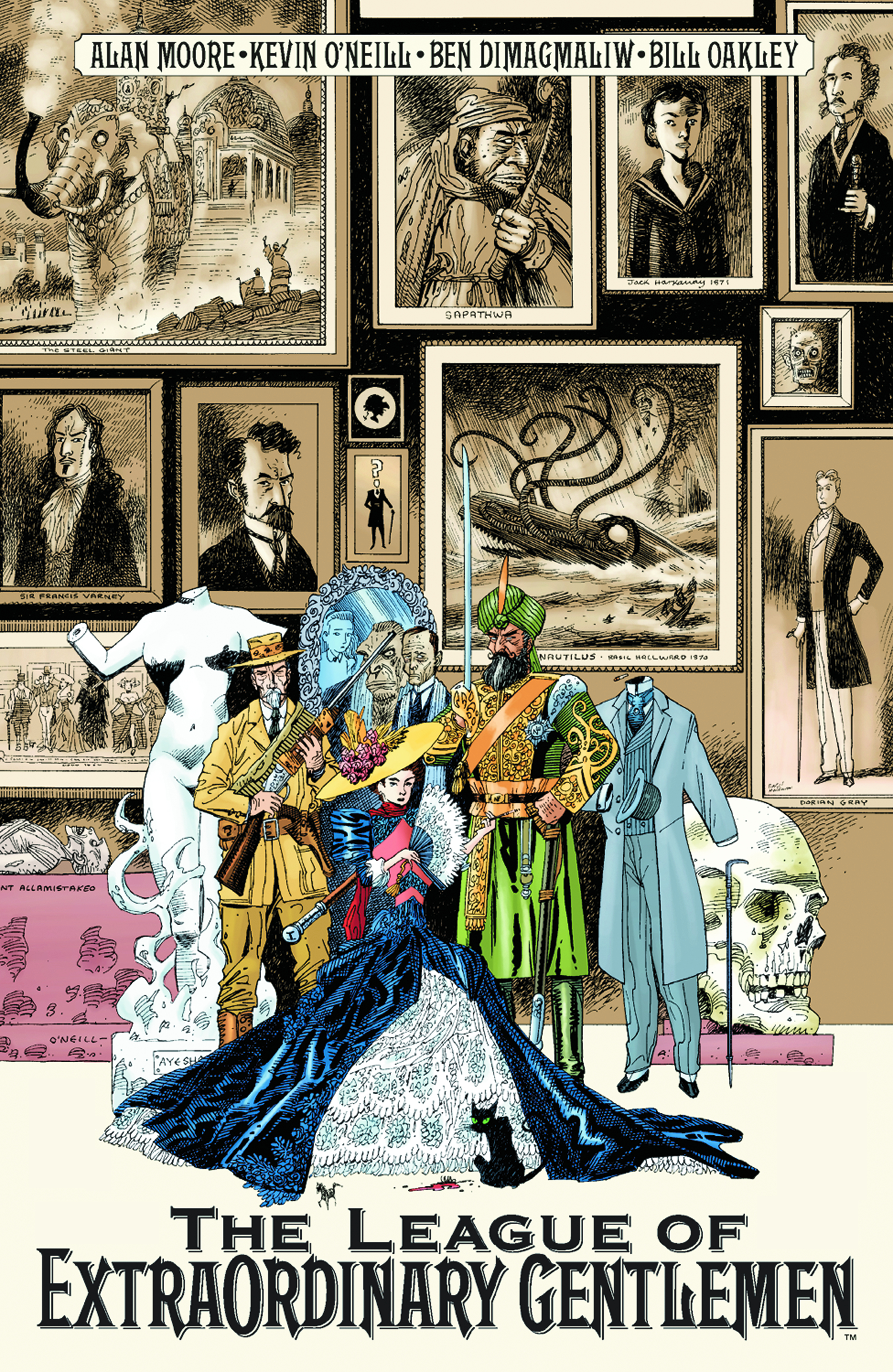 JUN110338
(W) Alan Moore (A/CA) Kevin O'neill
"A sharp-witted gloss on the scientific and sexual obsessions of Victorian society." - TIME
"Moore has combined his love of 19th-century adventure literature with an imaginative mastery of its 20th-century corollary, the superhero comic book." - PUBLISHERS WEEKLY
At last, the original two LEAGUE OF EXTRAORDINARY GENTLEMEN epics are collected in a single, hardcover edition!
In this amazingly imaginative tale, Allan Quatermain, Mina Murray, Captain Nemo, Dr. Henry Jekyll and Edward Hyde, and Hawley Griffin, the Invisible Man unite to defeat a deadly menace to London and all Britons!
Then, one month later, the skies over England are filled with flaming rockets as Mars launches the first salvo of an invasion. Only our stalwart adventurers can save mother England and the Earth itself.
On sale OCTOBER 26 •  416 pg, FC, $49.99 US
In Shops: Nov 02, 2011
SRP: $49.99
ORDER WISH LIST