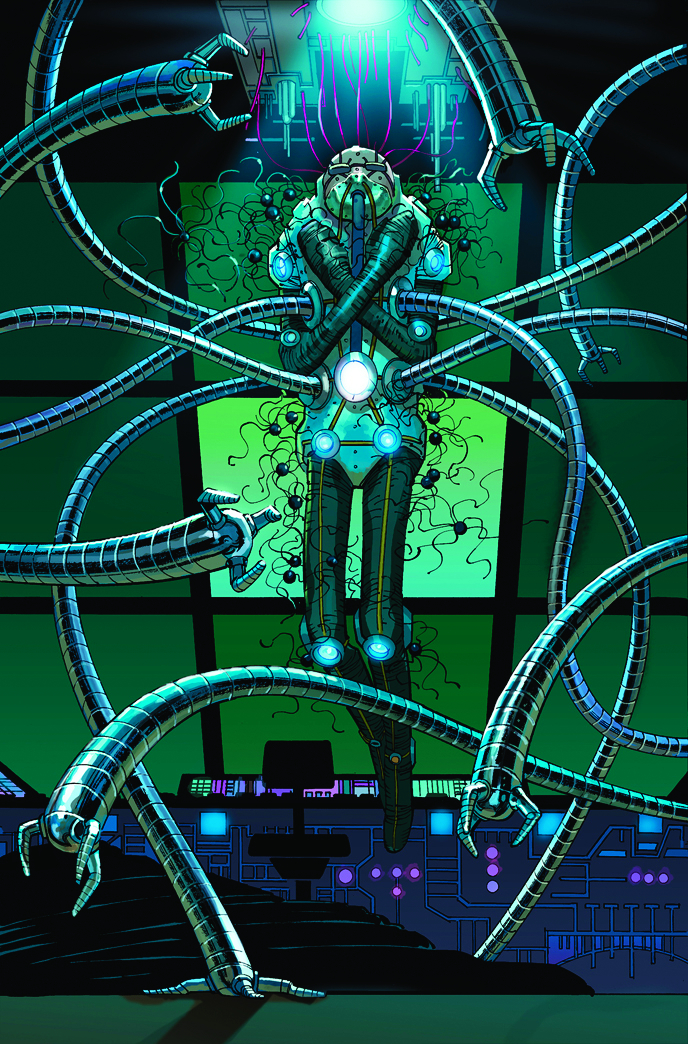 JUN098464
(W) Various (A/CA) Various
Written by Dan Slott, Stan Lee & The Rest of Spidey's Web-Heads; illustrated by John Romita Jr., Marcos Martin, Mario Alberti & More; variant cover by Romita Jr.
From Marvel Comics. The greatest Marvel super hero of all celebrates his 600th issue with the biggest all-original issue of Amazing Spider-Man ever! This one's got it all! The return of Doctor Octopus, Daredevil, a wedding you never predicted, and the return of one of the most important people in Peter Parker's life in a giant-sized lead story by Dan Slott and John Romita Jr. Doc's back in town, but it's only a prelude to darker days ahead as Spidey unknowingly prepares for a gauntlet he can't even see coming. On top of all that, witness the return of one of Spider-Man's creators, Smilin' Stan Lee (along with Masticatin' Marcos Martin) as he presents a story of unbridled passion, drama and angst as Spidey reflects over his many, many years of adventures. But that ain't all...as the rest of the Spidey Web-Heads bring you several short features showcasing some rarely explored aspects of both Spidey and Pete's life, drawn by some of the greatest artists in comics. Plus, several other surprises and No Reprints! 104 pages of goodness brought to you by some of the best creators that have ever worked on Spidey! Scheduled to ship 09/09/09. (161)