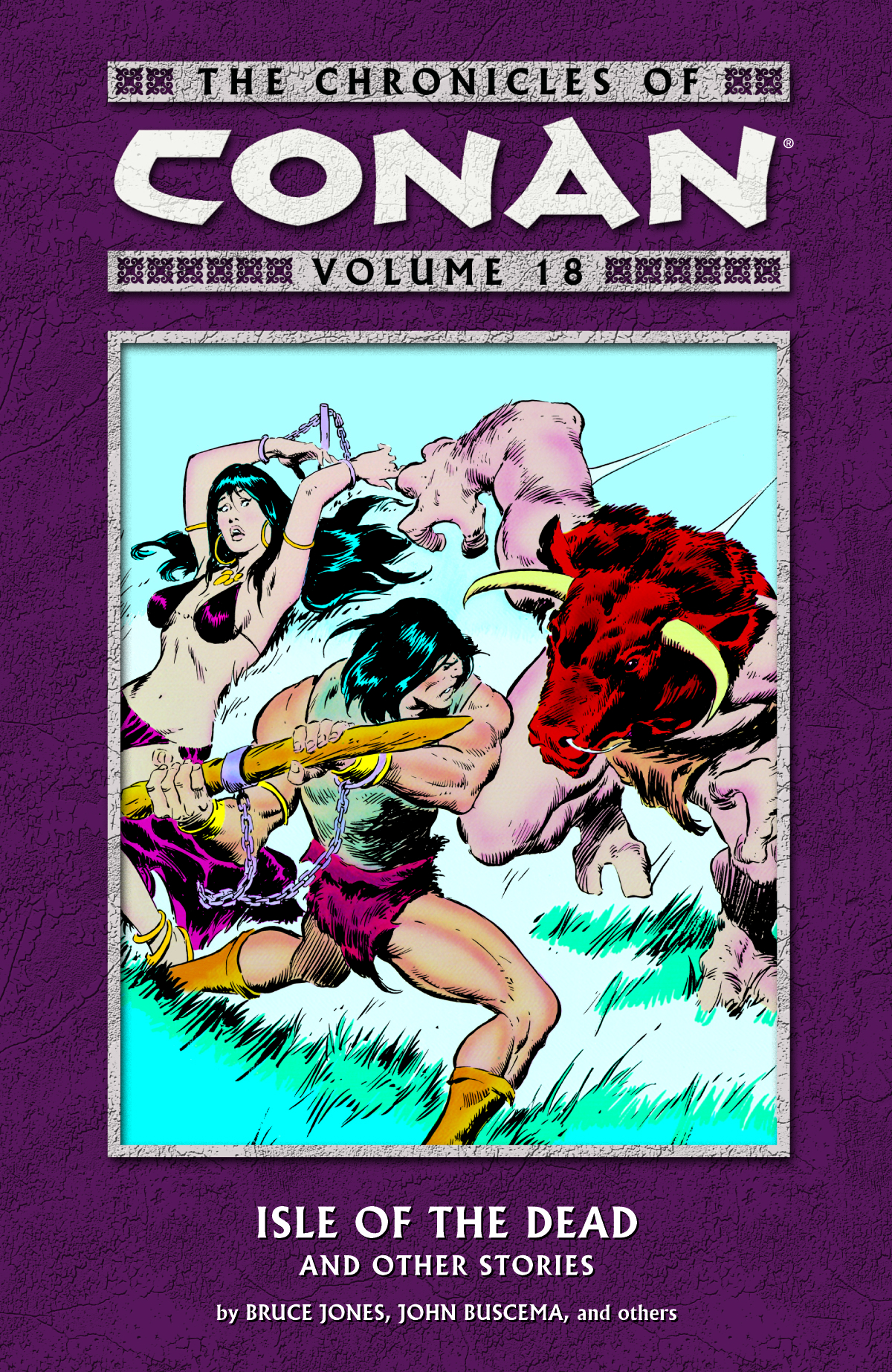 JUN090011
(W) Bruce Jones, Steven Grant (A) Marc Silvestri, Alfredo Alcala, Val Mayerik (A/CA) John Buscema
Taking over writing duties on Conan the Barbarian in the early 1980s, Bruce Jones brought his humor and horror sensibilities-as well as his knack for telling great short stories-to the title, invigorating John Buscema, who returned to work on the series with Conan #136. In The Chronicles of Conan: Isle of the Dead and Other Stories, these two comic-book titans lead Conan on a thrilling tour of Hyboria-from the monster-infested Bossonian Marshes to the hideous slave markets of Belthem-as Conan encounters strange, supernatural foes, beguiling women, and overconfident rulers.

o Stories like "The River of Death," "Titan's Gambit," and the two-part "Spider Isle" adventure are meticulously restored and recolored, and Jones and Buscema are joined by such talents as Ernie Chan, Mark Silvestri, Val Mayerik, Alfredo Alcala, and others.

o This volume collects Conan the Barbarian issues #135 to #142, including all original series covers.