HELL IS A SQUARED CIRCLE ONESHOT CVR A PHILLIPS (MR) 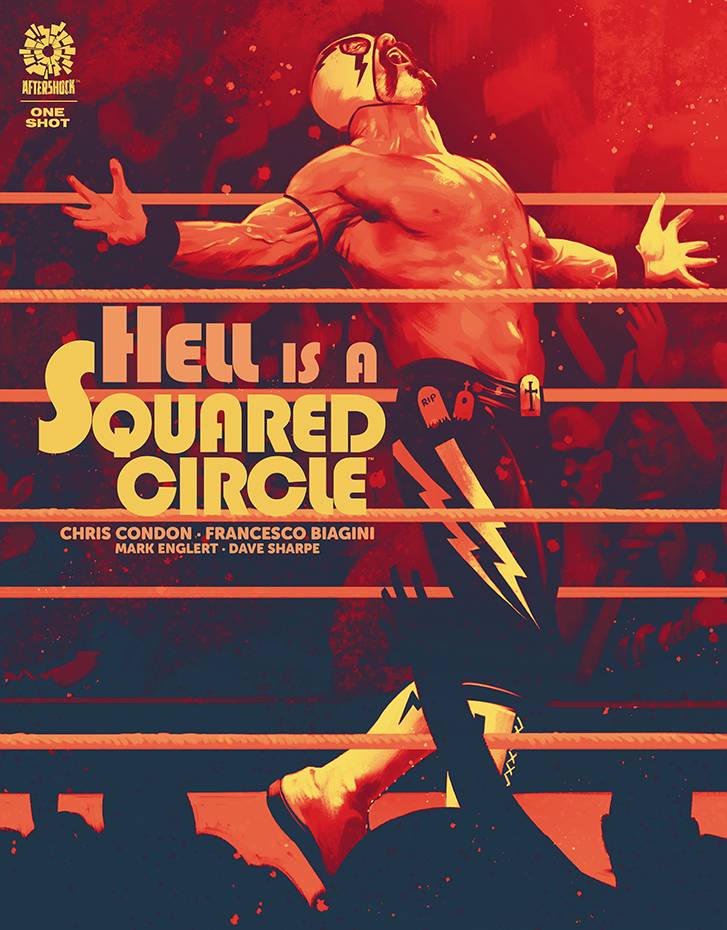 #
JUL221072
(W) Chris Condon (A) Francesco Biagini (CA) Jacob Phillips
Is Wrestling Noir a genre? It is now!
Ted "The Irish Mooska" Walsh is a third-tier wrestling heel with a problem - himself. He's behind on rent, child support and his career, but he thinks he can change things. As he attempts to take control of his life, his actions leave him with blood on his hands. Ted finds himself on the run from the authorities and the darkness of his past. As Ted tries to escape his former self and build a new, better future, his mistakes come back to haunt him - in the ring and out of it.
HELL IS A SQUARED CIRCLE is a 48-page Prestige Format ONE SHOCK from Writer Chris Condon (That Texas Blood) and illustrated by Francesco Biagini (Dingo, 18 Days). Don't miss out on this body slam to hell from such an electrifying creative team.
In Shops: Sep 28, 2022
SRP: $7.99
ORDER WISH LIST