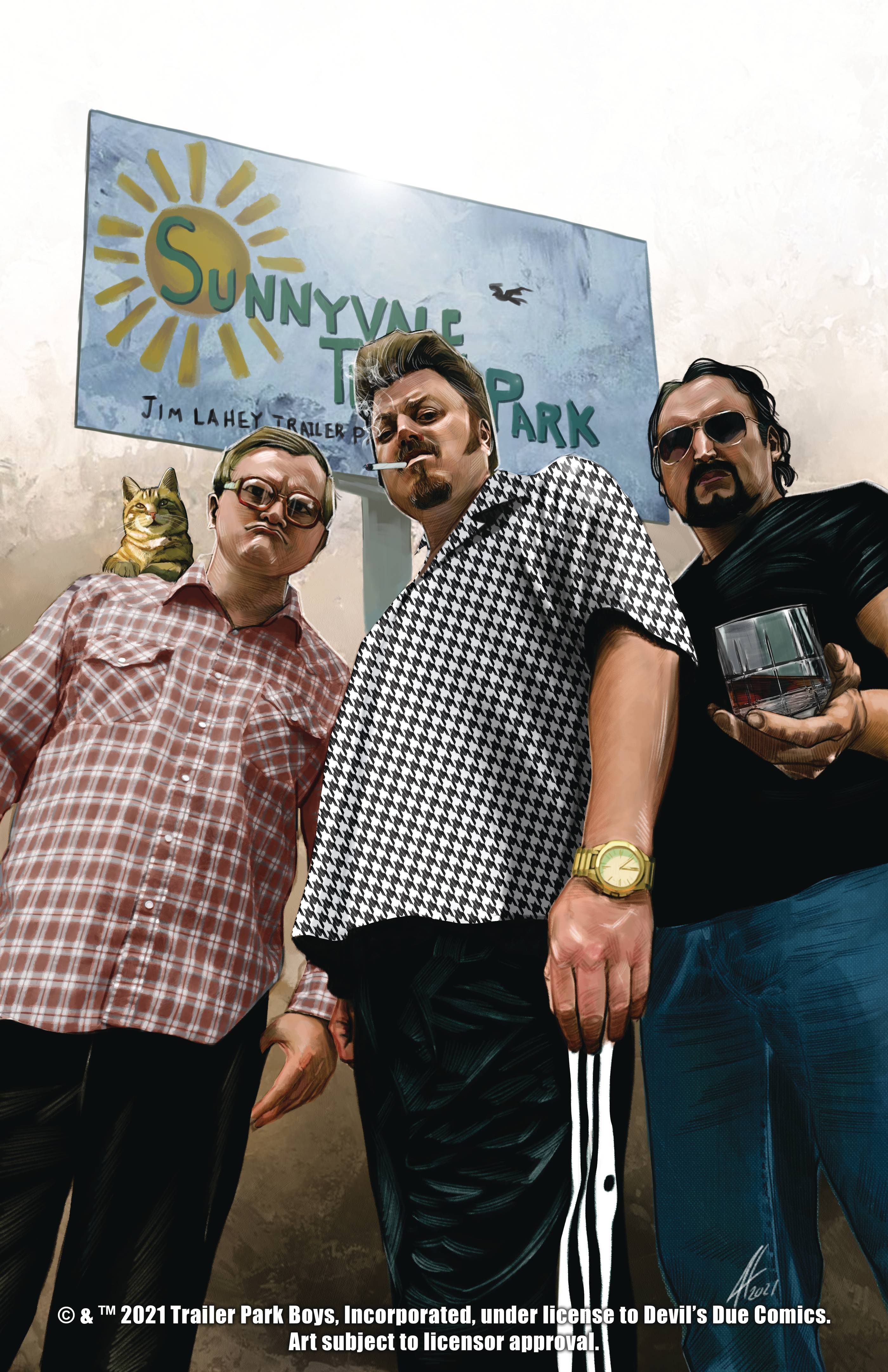 #
JUL218221
(W) VARIOUS, Josh Blaylock, Travis Hymel, Shawn DePasquale (A) VARIOUS (CA) Joel Humberto Herrera
Devil's Due Comics and Trailer Park Boys have inked a big fancy partnership to debut the Canadian trio from Sunnyvale Trailer Park in their debut comic book series! Featuring a a sh** ton of creators and short stories personally approved by "the boys." This wicked anthology series stars Ricky, Julian and Bubbles in a mix of original shorts that feel plucked right from the TV show, as well as some fantastical tales that can't be done on TV. It's gonna be dee-cent!
In Shops: Sep 22, 2021
SRP: $7.99
View All Items In This Series
ORDER SUBSCRIBE WISH LIST