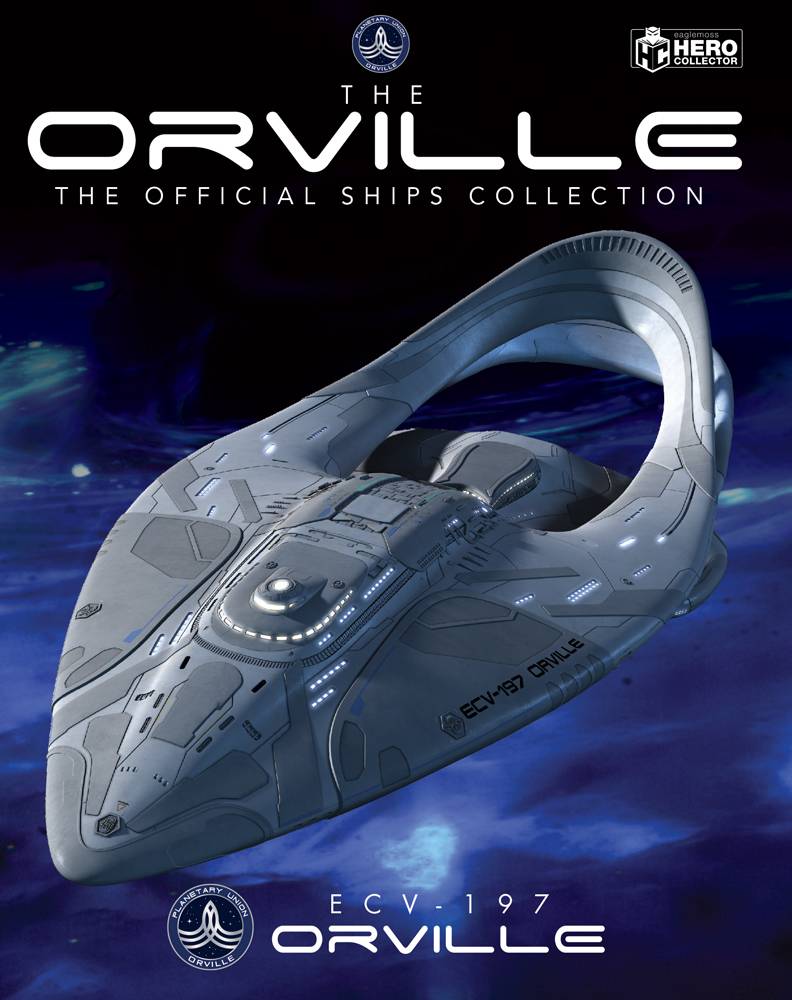 # # # # # #
JUL201940
A mid-sized Exploratory-class vessel in the Planetary Union, the USS Orville is designed for long-distance exploration into uncharted space, with nearly 300 crew members (and their families) living aboard. This titular ship serves as the primary setting for The Orville, as washed-up Captain Ed Mercer (Seth McFarlane) leads a crew of colorful characters on their voyage through the stars!
Not intended as a military vessel, the USS Orville has only basic combat systems, but boasts extensive scanner arrays and a quantum drive that allows it to travel at speeds of over 10 light years per hour. Its interior walls are a synthetic fiber that acts like an artificial plant system, absorbing carbon dioxide and expelling oxygen. Even the ship's water recycling system is entirely self-sustaining, allowing the Orville to sustain its crew for long voyages without the need to resupply or offload waste.