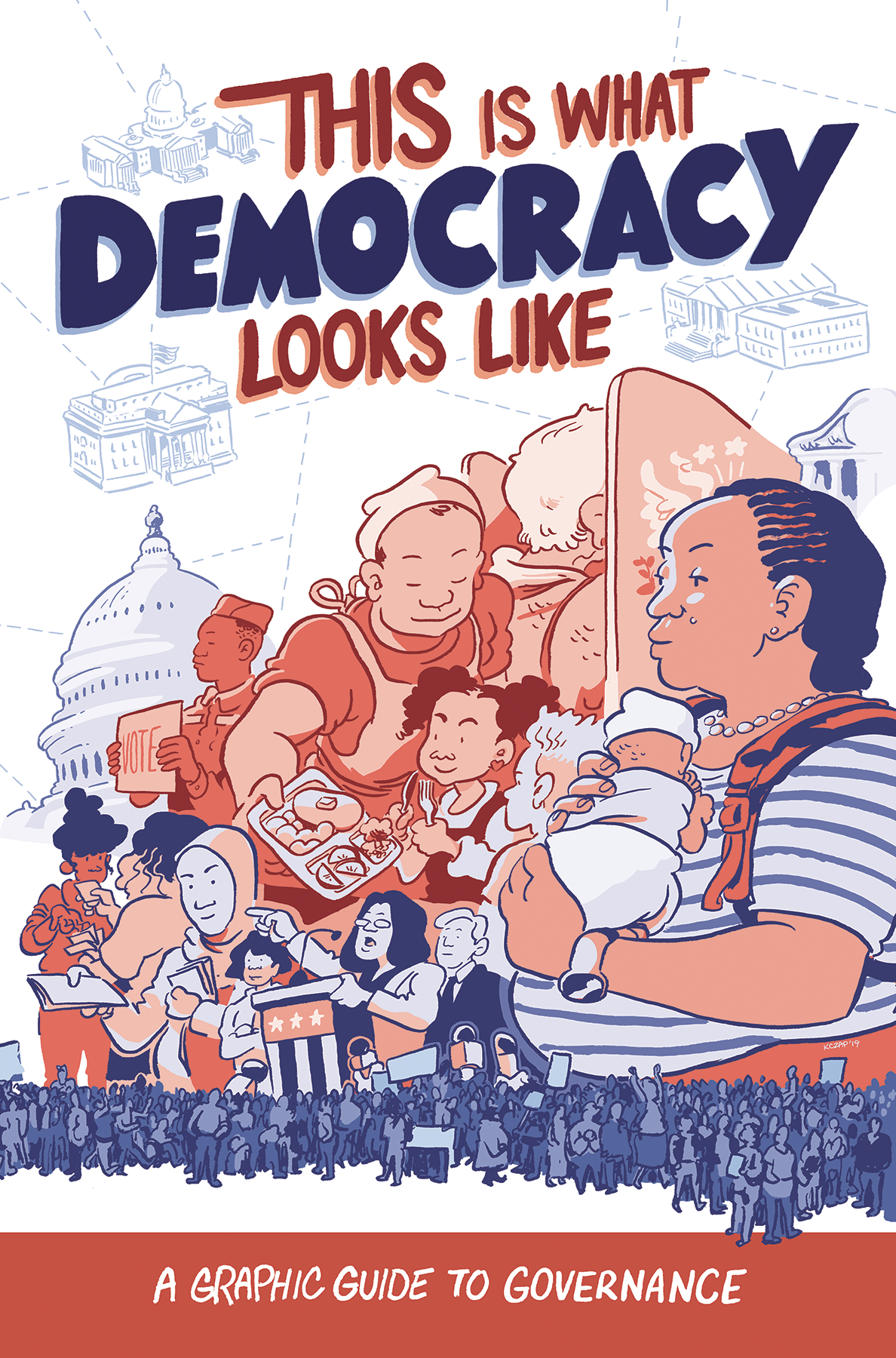 JUL191805
(W) Various (A) Dan Nott, James Strum, Summer Pierre, Hallie Jay Pope (CA) Kevin Czap
Celebrate Constitution Day! This Is What Democracy Looks Like maps out how the US government was designed to foster democracy and encourages readers to become more informed and engaged citizens. Produced by the Eisner award-winning Center for Cartoon Studies, this comic is part of a major campaign promoting civics that will drive readers to comic stores! This comic is the centerpiece of a national campaign for Constitution Day organized by The Center for Cartoon Studies with CBLDF and other major education and rights organizations. It is part of a marketing effort to drive audiences into comic book stores to get their copies of this important comic book.
In Shops: Sep 11, 2019
SRP: PI