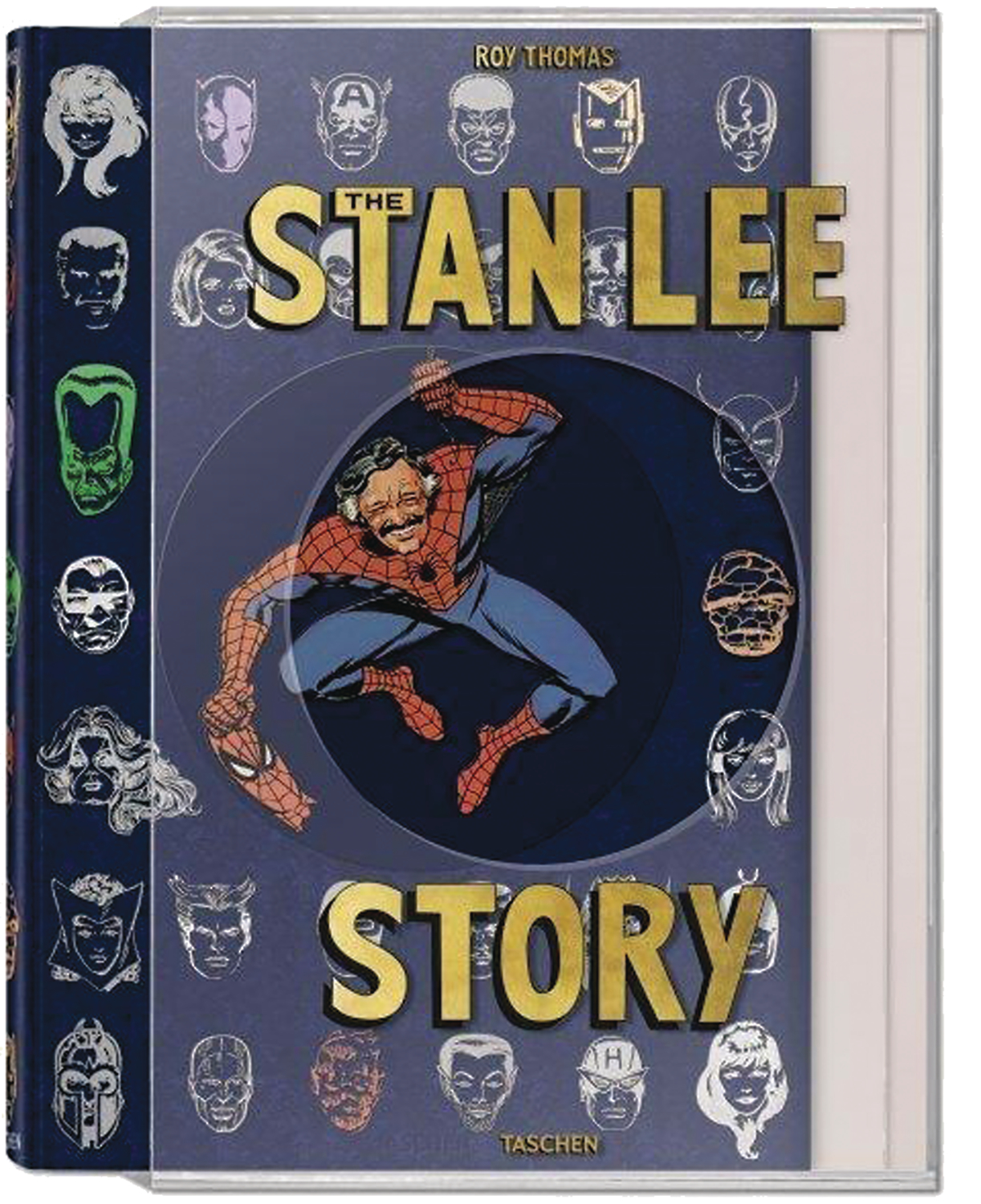 JUL188260
(W) Roy Thomas, Stan Lee (A) Various
This is the big one, True Believers! The mostly true tale of Stan Lee: an unparalleled, Giant-Size extravaganza, eight years in the making, about the one and only Godfather of Comics. Stanley Lieber began working at Timely Comics in 1940 at the age of 17 and found himself at the helm of the bullpen as its editor in chief just two years later. He guided the company through good times and bad until 1961 when he ignited a revolution in comics, helped rebrand the publishing house as Marvel, and revitalized a dying industry with the "Marvel Age of Comics." With a legendary stable of art partners, Lee unleashed a dizzying cascade of seminal comic book creations-the Fantastic Four, Hulk, Spider-Man, Thor, Iron Man, the X-Men, and the Avengers to name a few. Lee's tale is told in this Collector's Edition by his successor at Marvel, renowned comics writer, editor, and historian Roy Thomas, who brings "you are there" insights and wide-eyed clarity to key moments of Lee's journey to pop culture immortality. Featuring hundreds of treasures of comic book art, a novel-length essay by Roy Thomas, a foreword written by Lee himself, and intimate photographs sourced straight from his family archives, this is a titanic tribute worthy of the Man, not only in breadth but also in sheer size. This Collector's Edition of 1,000 numbered copies, each signed by Stan Lee, includes a foreword by Stan Lee, reprints of Stan's greatest hits and coveted rarities, intimate photographs and artifacts from Stan and Joan Lee's personal archives, and comes bound and presented in an archival clamshell box.
In Shops: Jan 09, 2019
SRP: $1,500.00
ORDER WISH LIST