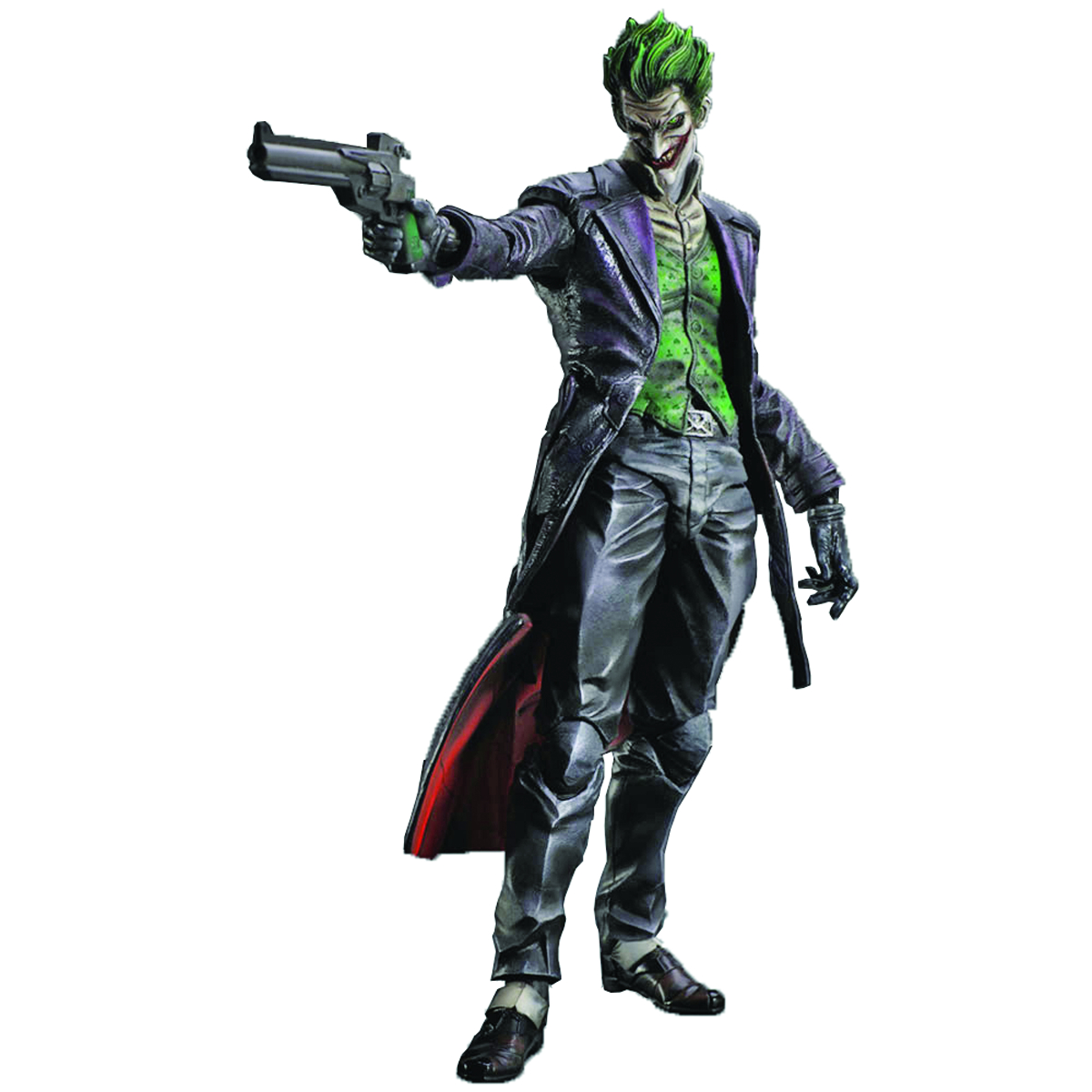 JUL148208
From Square Enix. The second wave of Play Arts ~KAI~  from 2013's smash hit Batman: Arkham Origins is here! His skin is so pale that it appears devoid of life and his blood-red lips look more like a gaping gash on his face than a mouth. These features combined with his madness exude an extremely eerie atmosphere. He puts his personal twisted spin on all the unfairness of the world, turning it into a dark, demented joke. He takes pleasure in plotting to kill the Batman, as if it were a game of cat and mouse. The Joker is the vilest and most powerful criminal Gotham City has ever seen. Stands nearly 11" H. Includes display stand.