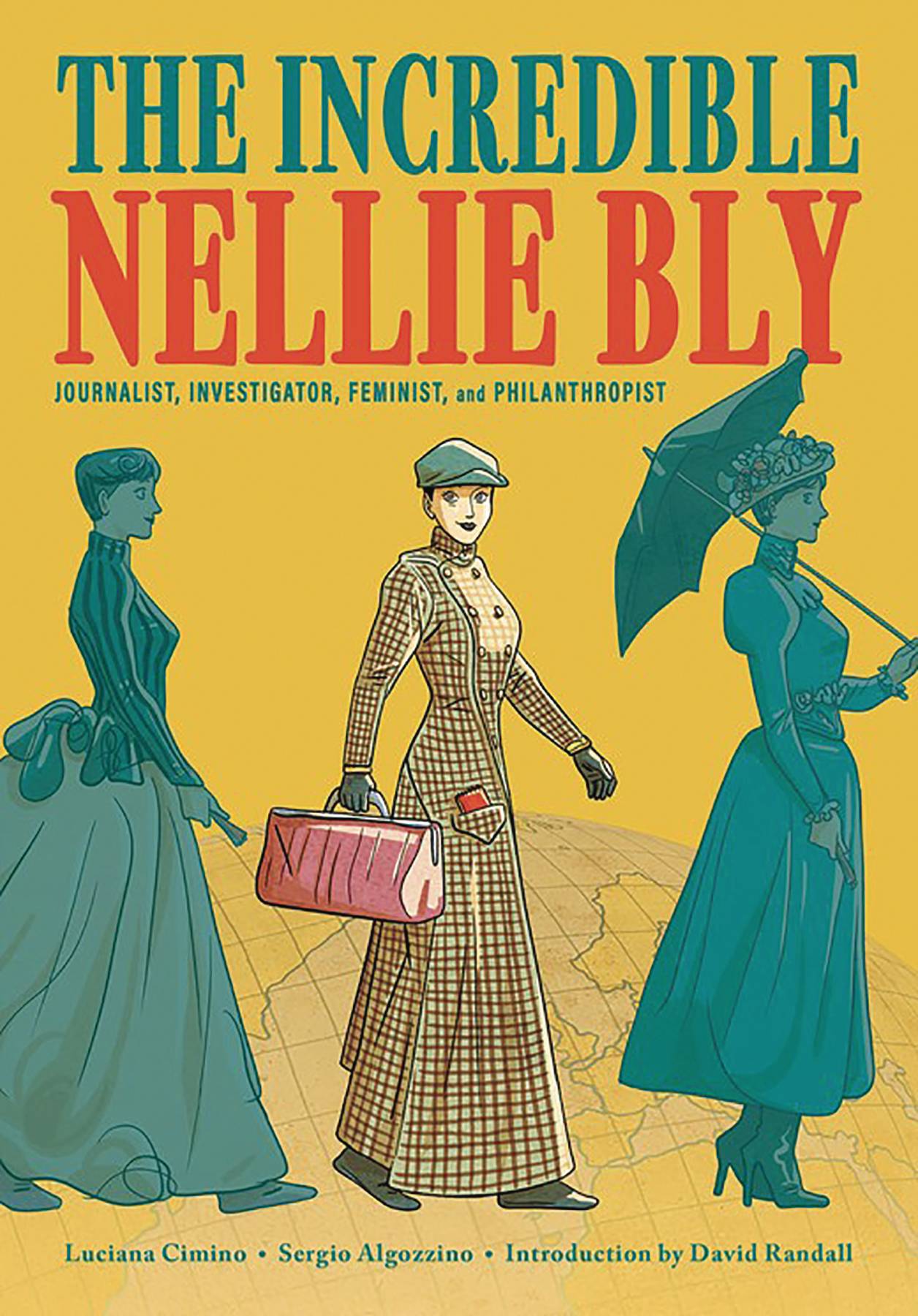 #
JAN211030
(W) Luciana Cimino (A) Sergio Algozzino
Nellie Bly was a woman who did not allow herself to be defined by the time she lived in, she rewrote the narrative and made her own way. Luciana Cimino's meticulously researched graphic-novel biography tells Bly's story through Miriam, a fictionalized female student at the Columbia School of Journalism in 1921. While interviewing the famous journalist, Miriam learns not only about Bly's more sensational adventures, but also about her focus on self-reliance from an early age. And, of course, Bly's  greatest feat of all, her journey around the world in 72 days. As Miriam learns more of Bly's story, she realizes that the most important stories are necessarily the ones with the most dramatic headlines, but the ones that, in Nellie's words, "come from a deep feeling."
In Shops: Mar 03, 2021
SRP: $24.99