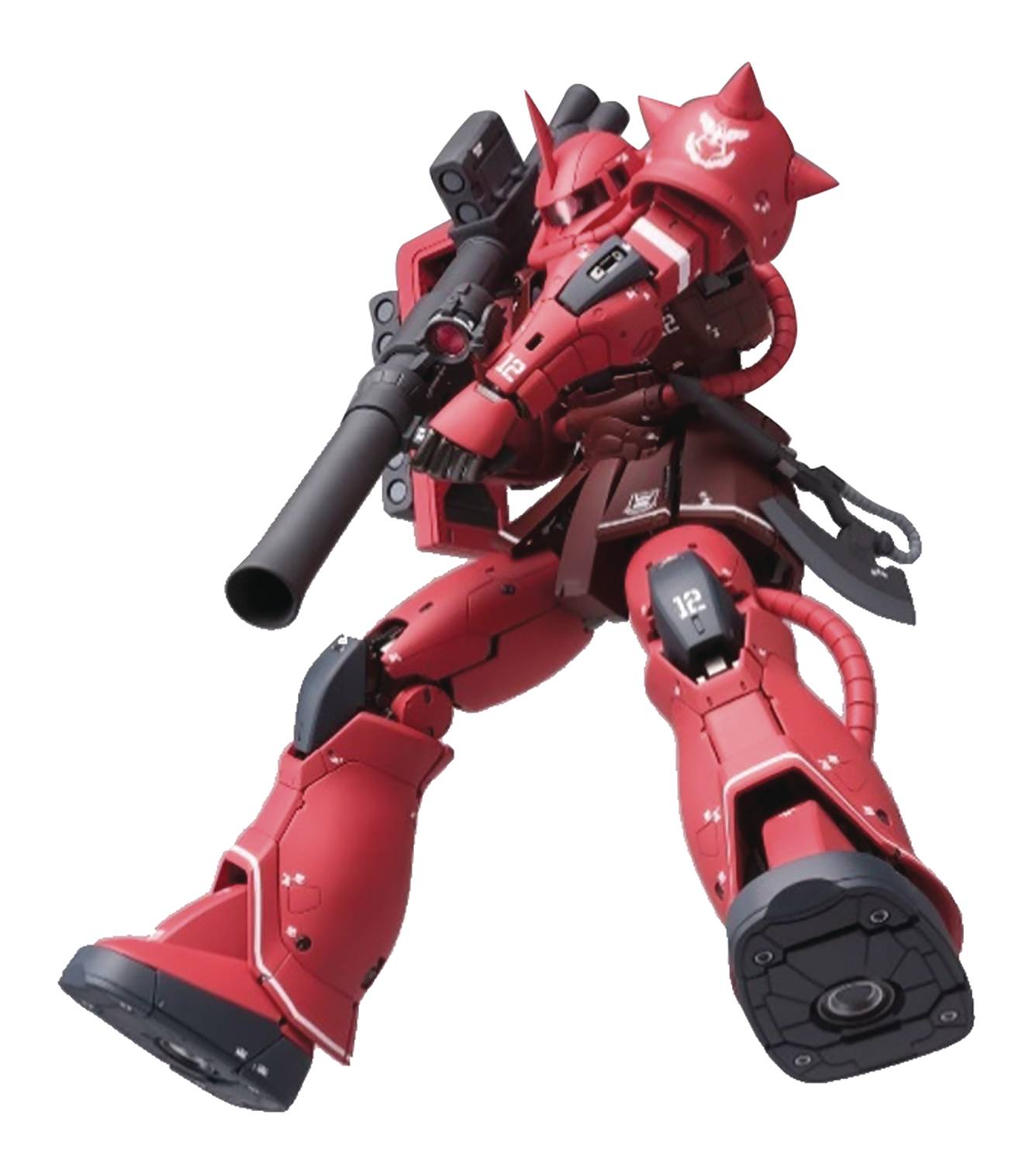 #
JAN199414
From Tamashii Nations. As seen in Gundam the Origin, Char Aznable's Zaku II joins the Gundam Fix Figuration Metal Composite series. It's a fully completed action figure featuring diecast metal parts and highly accurate coloration! With sculpting and details overseen by the legendary Hajime Katoki, this is one figure fans will not want to miss. It features  the proportions and markings as seen after the Battle of Loum in the latter half of episode 6. The cockpit hatch even opens to reveal a detailed interior. Weapons include the Zaku machine gun and Heat Hawk, plus Origin original bazooka and magazine. The bazooka can be mounted on the back as seen in the series. The set includes the figure, four pairs of optional hands, a Zaku Machine Gun and two magazines, A2 bazookas and two magazines, bazooka exchange parts set, Heat Hawk(long 1, Short 1) and a stage.