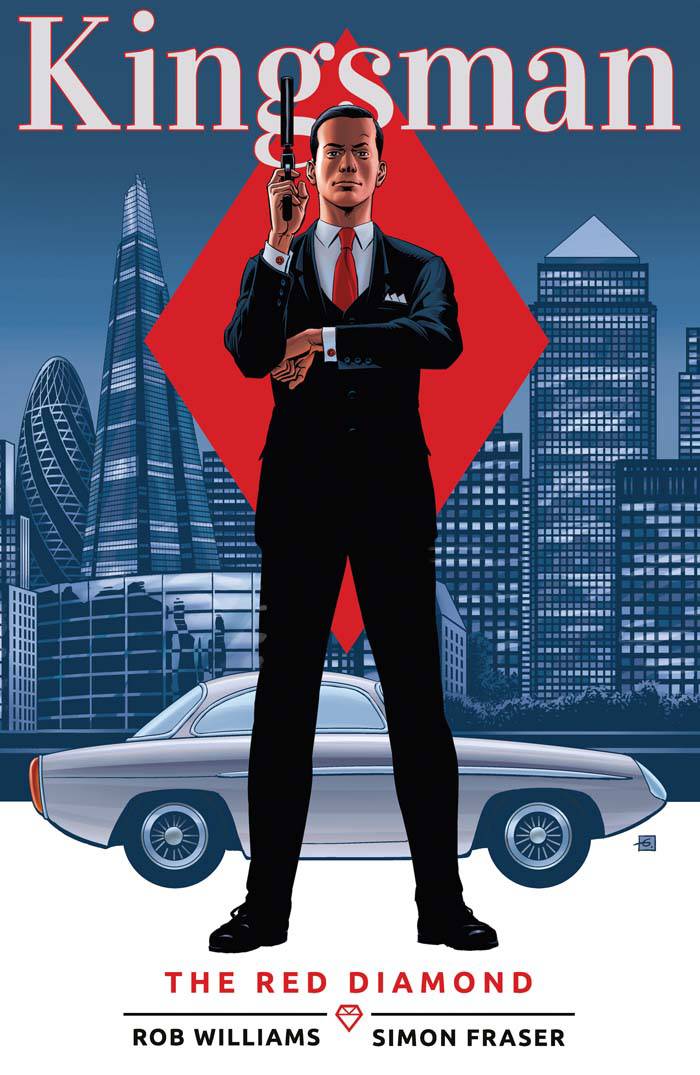 #
JAN180794
(W) Rob Williams (A) Simon Fraser (CA) Dave Gibbons
Following the global success of blockbuster movie KINGSMAN: THE GOLDEN CIRCLE (starring Channing Tatum and Colin Firth) we launch the sequel to the hit comic-book series by MARK MILLAR and DAVE GIBBONS. Kingsman: The Red Diamond is a brand new Eggsy adventure as he follows in his mentor's footsteps, but still rough-around-the-edges for a Kingsman agent. In this awesome six-issue volume he embarks on a rescue mission to save Prince Philip and unravel an international terror plot, in a story that starts where James Bond draws the line. ROB WILLIAMS (Suicide Squad) and SIMON FRASER take the helm for this stunning six-issue mini-series. Book One collects issues 1-6.
In Shops: Apr 04, 2018
SRP: $16.99
View All Items In This Series