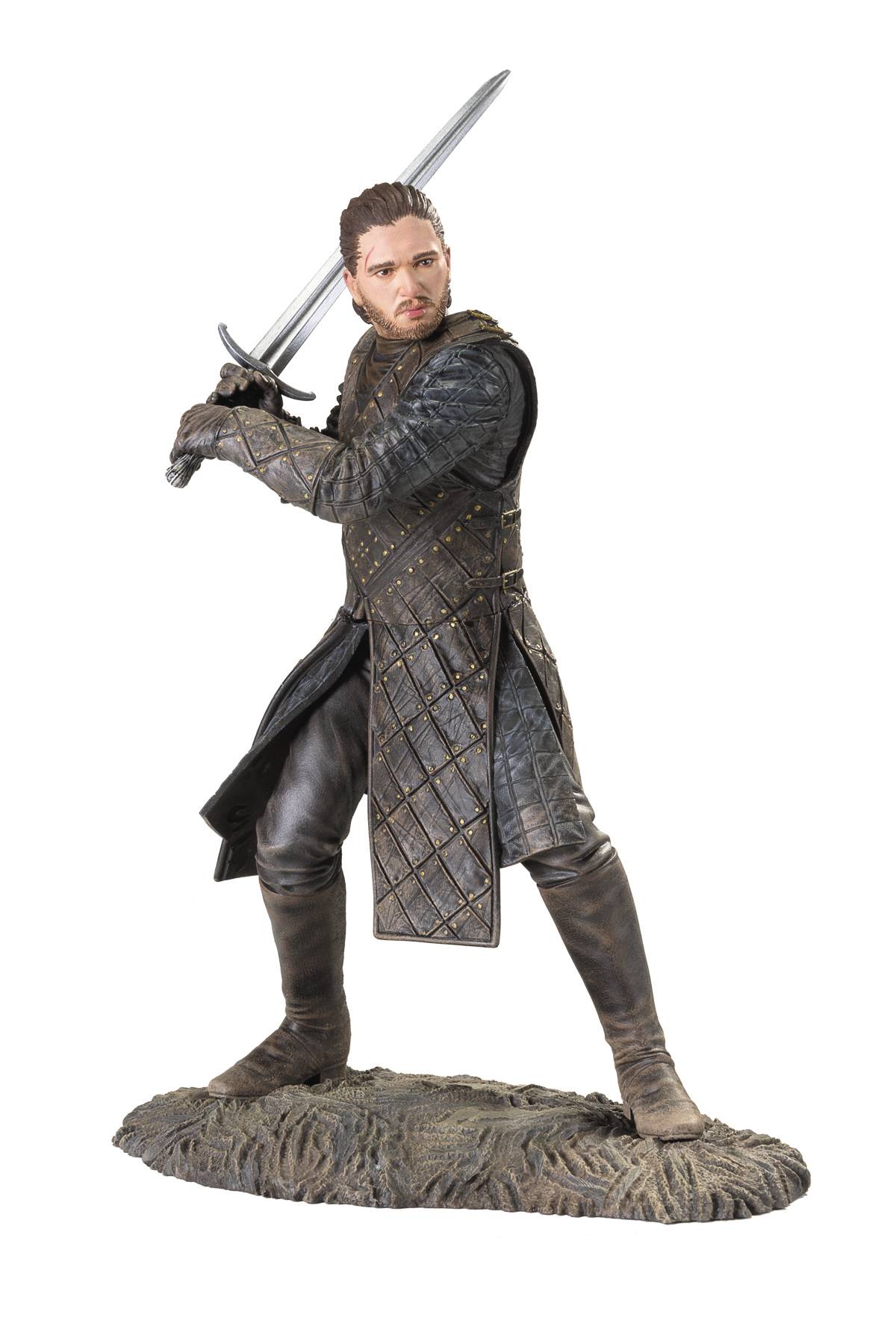 #
JAN180165
Arguably Jon Snow's most grueling and bloody combat yet would be the Battle of the Bastards, where he faced off against the sadistic Ramsey Bolton. Armed with his legendary sword, Longclaw, he dove headfirst into the fight. Jon Snow's fierce stance has been magnificently captured in this hand painted 8" tall figure. Ideal for adding to any Game of Thrones collection.
In Shops: Aug 15, 2018
SRP: $29.99
ORDER WISH LIST