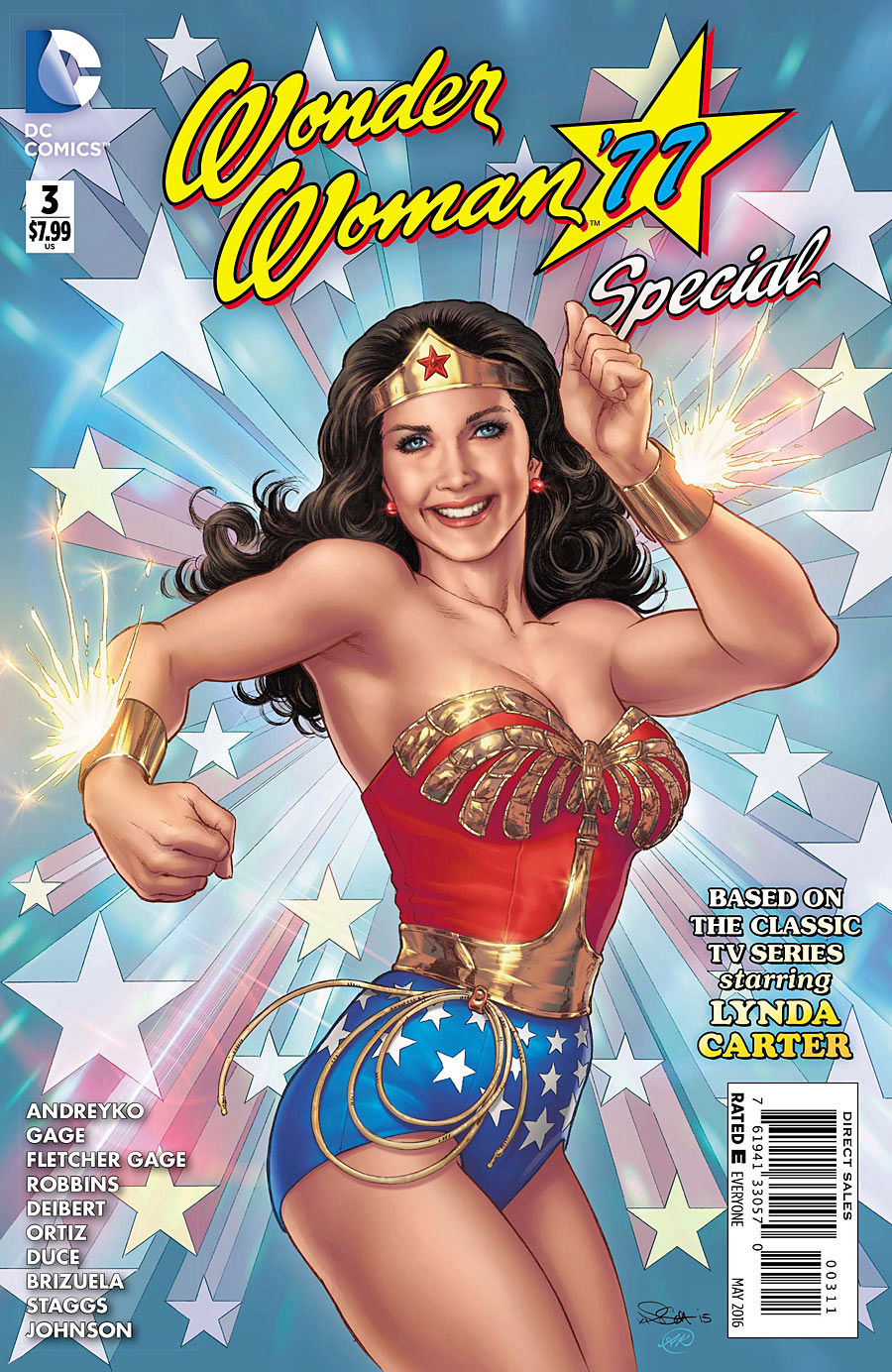 JAN160309
(W) Marc Andreyko, Christos N. Gage, Amanda Deibert, Trina Robbins (A) Cat Staggs, Richard Ortiz, Staz Johnson, Christian Duce, Dario Brizuela, Andres Ponce, Wayne Faucher (CA) Nicola Scott
In "Claymates," when Clayface finds himself crumbling and drying up, he seeks a cure by any means necessary! Can Wonder Woman stop him before he enslaves Paradise Island? Then, Diana and Steve go undercover in "Oceans," where a diplomat crucial to the Panama Canal negotiations has dangerous plans! After a battle with smugglers at home, Wonder Woman is surprised to find a warehouse full of ivory. In Africa, she teams up with the local IADC to track "Orion the Hunter." Finally, Federal Agent Diana Prince joins a Congressman and his aides to investigate a cult. "Reverend Mike Loves You," but can you trust his plans for the future?
In Shops: Apr 13, 2016
SRP: $7.99
View All Items In This Series