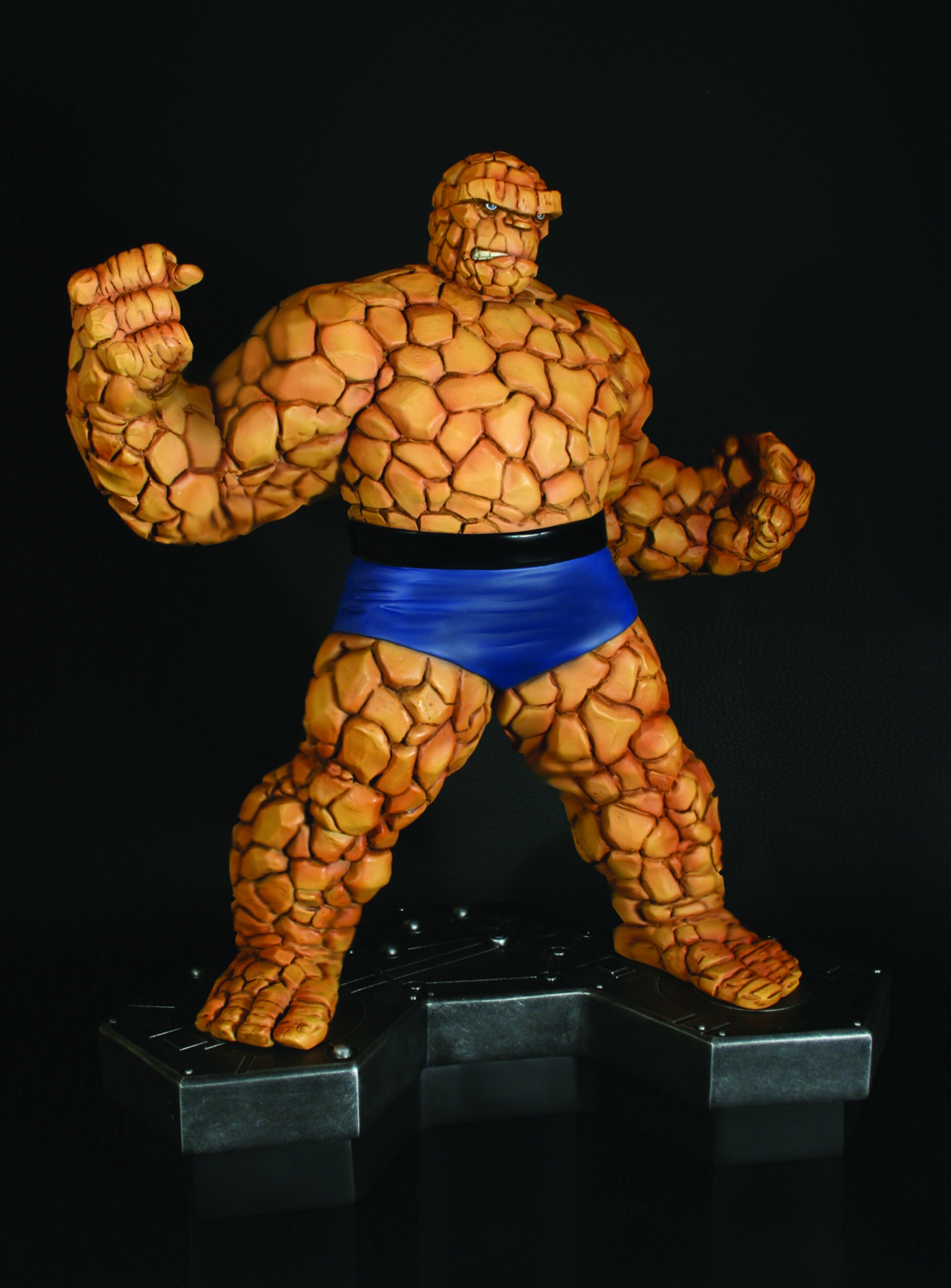 JAN121828
A Bowen Designs Sculpt! Along with his friends Reed Richards, Sue Storm, and Johnny Storm, Ben Grimm rocketed into space aboard an experimental spacecraft. When their ship was struck by destructive gamma radiation, Grimm's skills as a pilot managed to save the ship as it plummeted to Earth. There, the foursome discovered that the cosmic rays had imbued them with superpowers, and Grimm became a rocky, super-strong being who adopted the moniker The Thing as one of the Fantastic Four! This 13 1/2" tall statue, sculpted by Randy Bowen brings to life the ever lovin' Thing as only Bowen Designs can deliver!