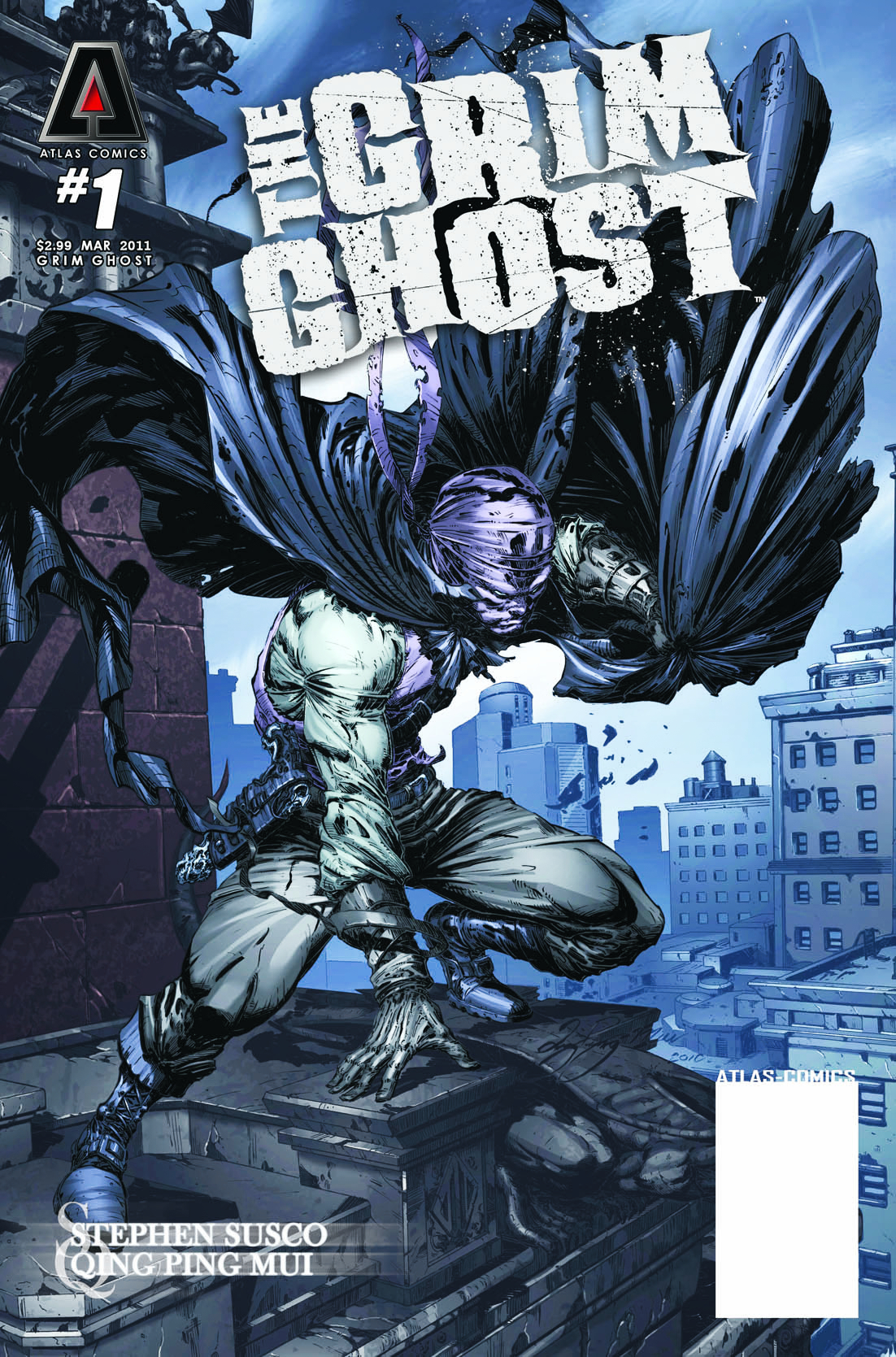 JAN110961
(W) Stephen Susco (A/CA) Qing Ping Mui
(W) Stephen Susco (A) Qing Ming Mui
The Atlas Resurrection Starts Here! Picking up moments after the events of The Grim Ghost #0 special edition, the man known only as Michael begins to learn the nature of The Fringe from Matthew Dunsinane, better known as The Grim Ghost. As Dunsinane teaches Michael the ways of the Fringe, we also learn about The Grim Ghost's history, which spans all the way back to the Revolutionary War. And we learn also about his centuries-long battle with Braddock, a powerful force within the Fringe.